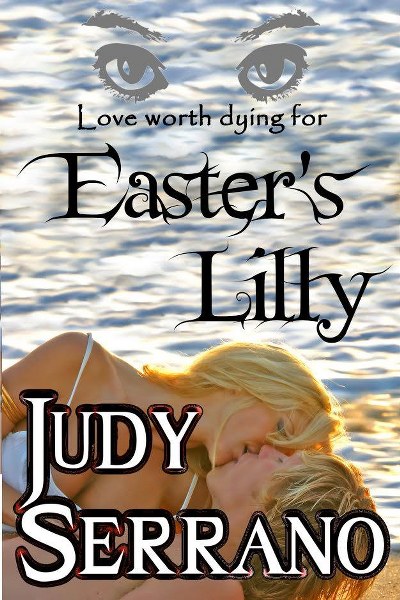 It was Easter Sunday; the day Lilly’s life went from safe and comfortable to dangerously unfamiliar. Her transformation takes her from a small town girl having an affair with a low ranked gangster in the Montiago crime syndicate, to a woman of grace and fortitude married to the head of the organization. Easter’s Lilly is an inspired journey from the idyllic to the darker side of self-discovery. Read as the over-privileged brothers embark on their journey that twists and turns down the road of unbridled passion in this first book of the series.
**Get it FREE!! **
Add to Goodreads
Amazon * Apple * B&N * Smashwords
[youtube https://www.youtube.com/watch?v=XHW30txVJlU?feature=player_embedded] 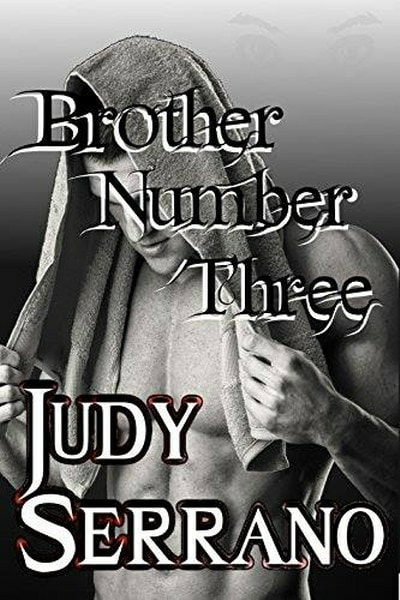 Coming in third place was something that was all too familiar to Hector Montiago. As his strength and grounding personality pushes him into first place with the woman he loves, lines are crossed and sides are chosen.
In this second book of the series, Brother Number Three depicts family ties in a light unequal to any other. Lilly tells the story of how the brothers unite in the effort to recover her missing son, as blood becomes both the indestructible bond that holds them together and the opposing force that pushes them apart. Read on as they fight temptation while the enemies of the Montiago cartel unleash their wrath, only to discover that the true danger lies within.
Add to Goodreads
Amazon * B&N * Smashwords 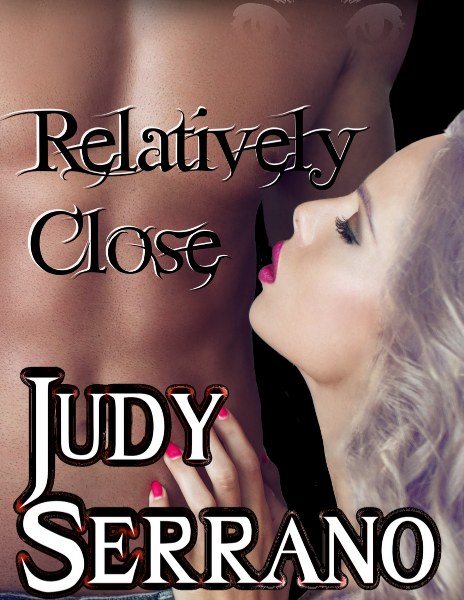 Recovering from the latest family trauma has made the Montiago family wake up to the fact that their priorities have definitely been misplaced. With Max throwing himself into the depths of his work as an FBI operative, he inadvertently sends the wrong message to his wife and brothers. In Relatively Close, the third book of the series, Lilly fights for the attention of her husband, until it becomes painfully clear that she is up against a mistress way more powerful than the ones she has fought before. Keeping it relatively close is something with which Lilly is way too familiar. She turns her attentions to another, only to find out that the reality of the business, which has kept her dripping in diamonds and living in mansions, is nothing more than an ugly reminder of El Diablo anda suelto: The devil running loose.
Add to Goodreads
Amazon * B&N * Smashwords 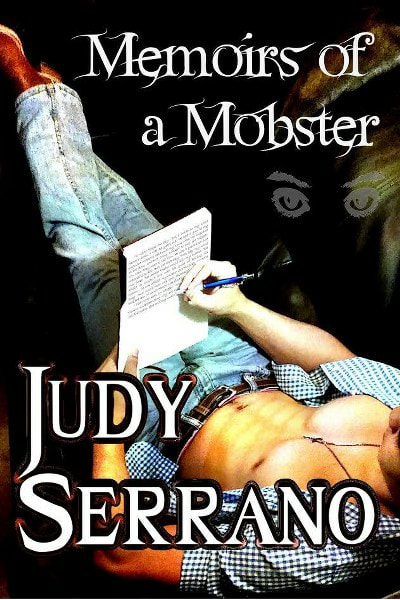 Diego Montiago Jr. was groomed to run the largest criminal organization in both the United States and Mexico by the kingpin of the syndicate himself, who also happens to be his uncle. With no conscience or remorse he becomes a true killer with a reputation that keeps most people at a distance. The betrayal of his high school sweetheart sends Diego into a tailspin, which causes him never to expect love to be a feasible addition to his world. During a lavish birthday party for his mother, his best friend and cousin decides to collect on an overdue debt. Little does he know that this exchange will change him forever. In book four of the series Diego Jr. continues to protect his family and fill the shoes of the former Mexican Godfather, Diego Montiago Sr. His real father, who is the kingpin of the rival organization, begins his deceitful attack, causing Diego to choose his allegiance. The organization engulfs his life and the lives of those around him as the siblings begin to realize that things are not even close to what they appear to be. Will love find Diego Montiago after all? Only time will tell.
Add to Goodreads
Amazon * Apple * B&N * Smashwords 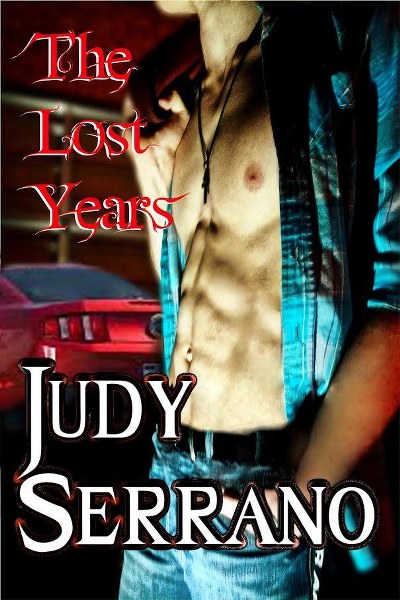 Finally thinking they are free from the mob, Max and Lilly settle down in a small town in Texas called Quinlan. Lilly’s son, Diego Montiago Jr., is preparing for the day when he graduates high school so he can learn the ways of his uncle, and become the next kingpin of the Mexican Mafia. In this fifth book of the Easter’s Lilly Series, this young adult spin-off finds Lilly doing everything in her power to make sure that does not happen. During his high school years, Junior falls into a crowd of misfits, just to fall in love with the quarterback’s girlfriend. But this is no ordinary girl and their trials are no ordinary trials. Junior grows up quickly while the mob’s ever-present arm is still squeezing the life out of him. Just when he thinks he has found what he is looking for, everything changes. With love and hate balancing delicately in the distance, life and death become suddenly all too real. As time begins to run out, Diego Montiago Jr. is forced to make a decision that will change his life forever.
Add to Goodreads
Amazon * Apple * B&N * Smashwords 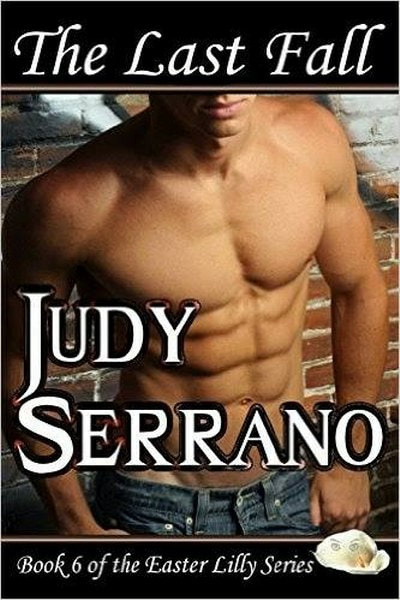 Octavio Montiago has been living in his cousin’s shadow for years. Diego Montiago Jr., also known as Junior, has taken over the organization from his step-father and has made quite a name for himself. As he and his cousin Octavio co-run the syndicate together, Octavio finds himself unable to keep out of trouble on his own, leaving his cousin consistently in charge of damage control.
Finally, Octavio has met his match and falls in love with the beautiful Siobhan. Although Siobhan is on the right side of the law, that makes her the enemy of the Montiago family. As Octavio continues to walk down the path of desperation, things take a turn for the worst. The Mafia encroaches upon his life, forcing him to make a difficult decision. As he finally feels he has met with some peace, the odds are yet again against him. Can Junior get him out of this one, or is Octavio on his own to free yet another damsel in distress. Is love worth dying for? You be the judge.
Add to Goodreads
Amazon * Apple * B&N * Smashwords 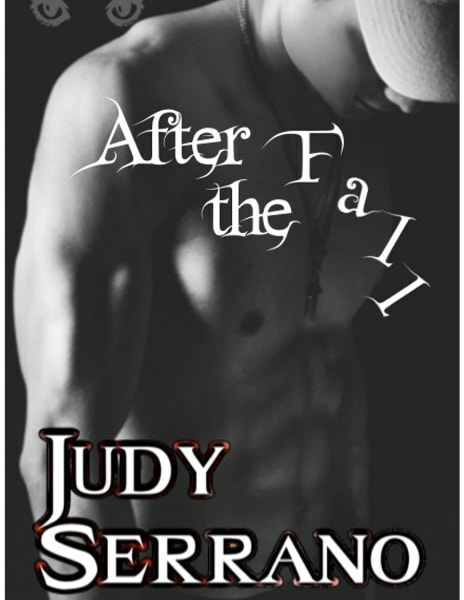 After the Fall
Easter’s Lilly Book 7

After The Fall. In the final book of the series, the fall of the Montiago syndicate may be inevitable. With tensions growing between Tavy and Junior, the search for Tabatha is on. As time passes, Tavy finds himself needing control, and the balance of power begins to shift. In the meantime, Lilly is missing, and the family is in disarray. Fortunately for Lilly, a person from her past unexpectedly appears to keep her safe until she is found. As the series comes to a close, Lilly has an important decision to make. Who will she choose? Does the Montiago syndicate remain standing, or are they all forced to learn to live without the Mafia? Read on and see how Lilly’s life unfolds.
Add to Goodreads
Amazon * B&N * Smashwords 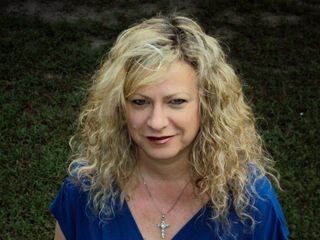 Judy Serrano holds a Master of Arts in English from Texas A&M University, Commerce. She is the owner of Make Cents Editing Service, and was an adjunct professor at a local college. Currently she teaches high school English and is a freelance writer for certain on-line publications. Judy also writes romantic suspense and paranormal romance novels. She is the author of The Easter’s Lilly Series,The Linked Series, and Ivy Vines, Visions.
Although originally form New York, Judy resides in Texas with her husband, four boys, four dogs and now two cats. She sings and plays guitar when she has time and enjoys singing with her very musical family in church when she is able.
Website * Facebook * Twitter * Amazon * Goodreads