I’m half done with the last present for my student workers.  Tonight I’ll probably get one more skein done unless I decide to stay up really late to work on it.  Then tomorrow will be me finishing it.  After I’m done with all four, I need to take pictures so I can work on publishing the patterns.

My middle daughter wants to go to Madison to the Olbrich Botanical Gardens so I think we’re doing that first thing in the morning.  It should be a nice time wandering around the gardens.  I’ve been there once before for a friend’s wedding. 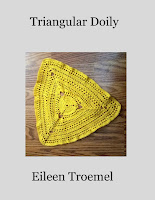 Currently, I’ve got five stories bouncing around in my head.  I’ve made a start with four of them and the fifth one I’m hoping to get at least the opening two scenes down on paper.  I see them like a movie playing over and over in my head so I know I need to get them written.

While writing has been somewhat on the back burner for me, it is flipping now to me wanting to get all the stories in my head down on paper (or more precisely in the computer).  Last night I couldn’t sleep so I pulled out my phone and texted myself ideas in an effort to get them out of my head.  Now they are sitting in my email waiting for me to work them up in the different stories.

At the same time, I did rewrites on two Wayfarer novels.  I’ve reread, did a grammar check and other editing tasks on Wayfarer Evolution.  It’s almost ready to start the publishing process.  I’m hoping to publish first part of June.

The other rewrite I did was pretty major and I thought of another scene I want to include in it, so I will write that up.  Once I get that written, I’ll start the editing process again.  In all likelihood, I’ll reread it first, then do my searches, and print.  I’ve added 7000-8000 words so it was a pretty big change.  In order to put out a quality book, I feel the editing process needs to start over.

While I’m working on all of that, I still have these other five stories bouncing around so I need writing time.  Since I’ve been crocheting, I’ve been rewatching Midsomer Murders but those will go on hold now as I switch from crocheting to writing.  However, I still have several projects I want to get done so maybe I’ll pick a night or two a week and crochet in order to make progress on all fronts.  If only I could do both – write and crochet at the same time.

In addition to the writing, rewriting, editing, and crocheting I have to do, I have several crochet patterns I want to get published.  I also have a batch which I need to get loaded onto Ravelry.  It all takes time which I need to schedule so I can get all these things done.  Sleep might be overrated.