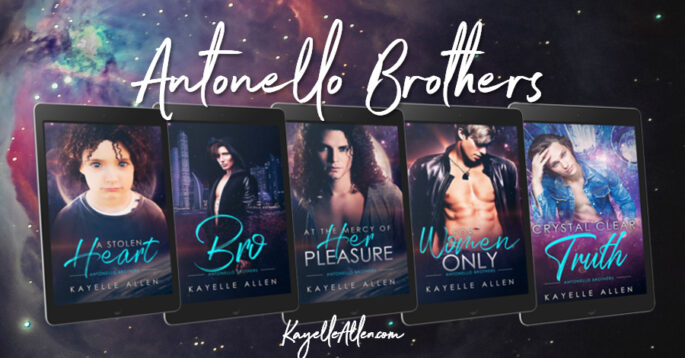 How can you trust when your own truth is a lie?

Shohn has only one goal: live a lie-filled life undercover. The elite head of security permits herself no family ties and few friends. But when firestorm scientist Joe needs help to locate his birth mother, and hires Shohn, she begins to rethink her rule of isolation.

Unknown to them, their intensive search triggers an alert that brings powerful, dark forces into play. Every attempt to uncover the truth results in more cover ups. But why? Who is this young woman, and who is the unknown person or power foiling Shohn and Joe’s attempts to find her?

But maybe the better question is–what is she?

This is the opening of the book and introduces the heroine, Shohn. When introducing herself, she often says “My first name is Shohn, like the stars at night.”

Though she ached to slam it, Shohn Lexius eased her office door shut, then took a civil and polite step back. Hissing, she swiped the air with her claws and stuck the smallest ones straight up.

Claws retracted, she stalked to the narrow window, braced her hands on the sill and pressed her forehead to the glass. The spring sun offered no heat. And why? Because on human worlds, builders installed special glass so their precious little sun wouldn’t hurt their precious fragile skin.

Oh, all right, she’d admit human skin was sleek. Nice to stroke. She even liked its smoothness against her tongue, but come on. Would it hurt to let in a little heat?

Humans protected themselves from such trivial ‘dangers’ as sunbeams. On this world, indoor temperatures never fluctuated. And forget opening a window.

Not on the seventieth floor of the city’s tallest building.

She laid back her ears, aching for the fresh air of her homeworld. The freedom of a hynder beneath her, galloping full speed in sunshine along the beach. Charging through the forests, cantering in the rain. A purr rumbled in her chest at the memories.

Working up an honest sweat mucking out stalls, tending the stock, shoulder to shoulder with family, everyone laughing and singing. Accepting her word that when she asked for something, she should get it. No one telling her how much money she could spend or asking why she needed it. She reined in her thoughts. That was her old self talking.

The person of privilege her family had reared her to be, not the fighter for equality she’d become. Sometimes, though, living off-world rankled. Here she was, a Kin warrior with the honor blade at her side to prove it, stuck working in a human-oriented office on the capitol planet of what she’d once considered her people’s enemy.

Well, she’d brought this on herself, hadn’t she? She’d left her homeworld of her own accord. It was her fault she spent every day with round-eyed humans whose ears could hear a third less than her own. A race oblivious to the overpowering reek of its own species.

A Kin’s sense of kahlah caught the scent of human lies no matter how small. A handy skill during interrogations. She knew before humans spoke if they would try to pull a fast one, and they all tried. As for the tartness of their fear, well, a clawed Kin had better get used to that pretty fast, because a fanged smile was no help whatsoever.

A knock at the door pulled her back to the here and now. She picked up a notereader tablet and fanned herself, dispersing any scent of frustration she might have released.

After straightening her green-and-black uniform jacket, she squared her shoulders. “Come.”

*Crystal Clear Truth – A slow-burn romance set in the far future, in an empire full of treachery and secrets…

*If you like books with take-charge feline heroines and solid romance plots, this happy-ever-after friends-to-lovers story is for you.

Until May 1, 2022 the entire Antonello Brothers series is 99c apiece, and book 1, A Stolen Heart, is free. See all books here https://books2read.com/ap/nEokkx/Kayelle-Allen

Kayelle Allen writes stories with immortal gamers and warriors who purr. She is the author of multiple books, novellas, and short stories, a US Navy veteran, and has been married so long she’s tenured. Kayelle founded the peer-mentoring group Marketing for Romance Writers, and curates the book blog Romance Lives Forever. Become a Tarthian Empire citizen (or an immortal) and help rule the Empire at www.KayelleAllen.com/immortality
Website https://kayelleallen.com
Instagram https://www.instagram.com/kayelleallenbooks
Twitter http://twitter.com/kayelleallen
Bookbub https://www.bookbub.com/authors/kayelle-allen
Kayelle’s Keepers http://facebook.com/groups/KayellesKeepers

Download a printable list of books and check off stories as you read them. The list also shows the reading order for different series. It’s updated with every book and the URL to reprint it is in the footer. 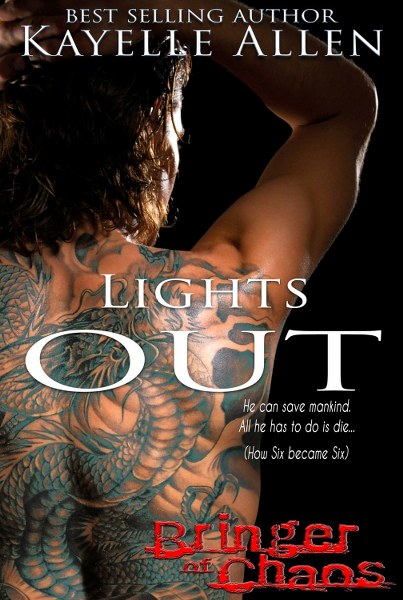 Join the Ghost Corps, they said. You’ll live forever, they said. You’ll save mankind, they said. They didn’t say that to do it, first he had to die. When Tornahdo signs on the dotted line, he puts his life into the steady hands of the mighty Ghost Corps. Three grisly deaths and three agonizing resurrections later, he’s assigned duty on the space station Enderium Six. He’s facing his most dangerous mission yet, the very reason the corps exists. Do they expect him to win? Fat chance. Tornahdo and his team are already dead and this mission is codenamed “Lights Out.” No, there’s more to this than he can see. To discover the truth, he must face an unbeatable, unkillable enemy, and this time–somehow–find a way to keep himself alive…
Tornahdo is facing his most dangerous mission, the very reason Ghost Corps exists. He must take out the king responsible for every war between humans and Ultras since the origin of the Ultra bloodline. If he succeeds, the war is over. If he doesn’t, the Ultras will rule mankind for another thousand years…
Add to Goodreads
Available on kayelleallen.com/chaos-lights/

I’m Science Fiction author Kayelle Allen. I did a tour in the US Navy, where I climbed around airplanes fixing black boxes that helped pilots find their way home. I wrote my first novel at 18 but to this day, it’s hidden under my bed, where (trust me) it will remain. Gems from it, however, launched several series in my galaxy-wide universe of stories. From childhood, I was the victim of an overactive imagination and inherited the Irish gift of gab from my mother. From my father, I got a healthy respect for mechanical things. Small wonder I write Science Fiction and Fantasy peopled with misbehaving robots, mythic heroes, role playing immortal gamers, and warriors who purr.
I’m a member of RomVets, a group of military and former military women who write romance. In 2014, I was awarded an honorary lifetime membership to the OutlantaCon Science Fiction Convention for support of the convention since its debut. I founded Marketing for Romance Writers (more about them below), and today it has over 7k members. I also lead a writer’s group in my community. Now that I’m retired, I stay busier than ever. I’ve been married so long I’m tenured.
I am a graphic artist as a hobby. Most of the art and banners on this site and in my social media were created by me, including my logo. I have a great design team that I also work with, commissioning special pieces. Check out their pages. Jamin (Volgraza) and Livius (Nano-Core) have huge amounts of talent. I am also privileged to work with a cosplayer who portrays my immortal king, Pietas. Take a moment to check out Nik Nitsvetov’s amazing work.
Facebook * Twitter * Instagram * Pinterest * DeviantArt * Amazon * Goodreads * YouTube