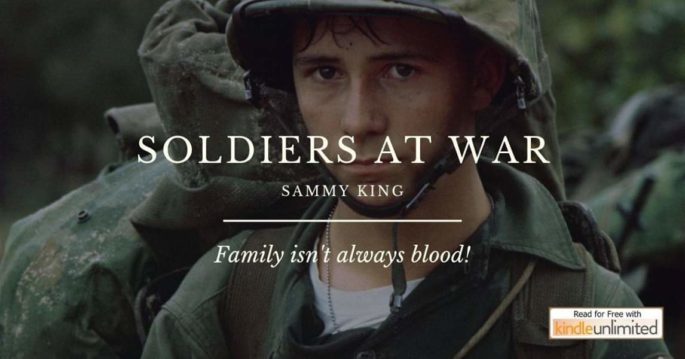 Sammy Davies and I met through social media. She’s from Melbourne Victoria!

Sammy Davies was born in 1976 in Melbourne Victoria, to a beautiful couple Dot and John.

Raised in Melbourne with her younger sister Karen and her two younger brothers Joel and Jack, she has lived over most of Victoria. Sammy has three sons Shannon, Samuel and Peter.

Sammy has been writing for most of her life, her very first story to ever be published was a little story in the newspaper when she was still in primary school. She had a wild imagination and could talk the leg off an iron pot. As she grew her stories grew with her, starting off by telling the tales of her family and friends to drawing on the emotions and vibrations that she felt the world give off.

Her stories aren’t about particular people, but they are real none the less, real emotions, real people and real stories, they touch people whether that is to make them fall in love, hate or grieve, Sammy always aims her stories make you feel something.

I am 43 years old and live in Clunes, Victoria in a tiny house. I love the smell of cow poo and am a chronic audiophile. I despise feet and am morbidly afraid of nasal fluids. I’ve just discovered magnet fishing, and have really been enjoying finding all sorts of oddities that have found their way into our waterways.

When I was in my teens. I’ve always loved writing and found it to be a great release, especially in those teenage years that are full of angst and boyfriend troubles. I didn’t start to take my writing seriously until I was in my late thirties.

My books are definitely suited more to adults. I do have a couple of books, such as “Soldiers at War” and “The Mollops” that are written with young adults in mind.

My current project that I’m working on is currently nameless, I can’t think of a great title for it, however, it is dealing with domestic violence.

My favourite characters come from my book “Killer Love”, they are Wolf and Molly, who are best friends and lovers. They go on a killing spree of a pedophile ring. Wolf had the right amount of alpha and gentleness, while Molly was a badass. My book currently involves Tara and Brock. Tara is a broken woman, who learns to be tough. While Brock is alpha, of course, but not aggressive.

The current book synopsis is that Tara has been attacked by her ex husband Tommy, who killed their daughter Alice and her parents. She is learning to cope with life without her family, when she reunites with Brock, her father’s lawyer. Brock had tried to get Tara to leave Tommy when they were in high school, however, Tara was too in love and couldn’t see the evil that Tommy exuded.  Brock then helps Tara with her legal matters, and her families estate, while walking the journey of healing with her. Of course they are going to fall in love and like all of my books, live happily ever after.

This is an exert from my book “Sisters Revenge”

Now, Emmaline cried to herself— she had no protector, no big brother, and no one she could get advice from. No one would be in her corner at school, no one to tell her that she was beautiful.

Emmaline shook her head as torrential tears continued to flow. She jumped when her phone buzzed. Emmaline looked at the screen and saw Spencers name pop up. She scrambled to open the message. He wouldn’t be sending her a message if he were dead.

The phone dropped from her hands, landing with a hard thud on the floor, the crack of the screen shattering and the silent scream that stretched at her lips. Emmaline shook her head as she knelt on the floor, gently lifting the phone, afraid to look at the message, afraid to see what was there from her brothers’ phone.

She prayed she was seeing things, but as she turned the phone, the same picture was sprawled across the screen— a photo of her brother lying face down in a pool. Emmaline scrolled down, seeing the next photo sent almost immediately after the first, of the paramedic’s desperately working on Spencer’s wet and lifeless body.

Harley, one of Spencer’s friends, stood soaking wet next to Spencer, his face filled with anguish watching the paramedics attempt to save her brother’s life.

Emmaline shook her head and closed her eyes. “This can’t be possible. It’s a nightmare, it’s all just a bad nightmare,” she mumbled to herself, as she gave her leg a hard pinch between her thumb and forefinger.

Her leg burned and Emmaline threw her head back, squeezing her eyes tight and wincing at the pain that spread through her body. She looked down at the phone again, staring at the cruel photos someone sent her.

Emmaline went to reply, but noticed that the person with Spencer’s phone was typing, so she sat watching the screen, waiting for the next piece of heartbreak. It didn’t take long to come through in video form— the coroner shoving Spencer’s body crudely into a body bag and zipping it up.

People stood around with the police and paramedics. The video showed Reed and Harley talking with police. Harley continued to run his hands through his long, dark hair. Reed stood trembling with his face in his hands and his shoulder’s shaking with sobs.

Emmaline watched the video over and over, trying to work out who had Spencer’s phone. She tried to figure out who would be doing something so callous.

In the video, Emmaline noticed groups of Spencer’s friends standing around talking, most visibly shaken, and a few parents mingled in amongst the group. Jaya, one of the girls Spencer had dated on and off, was sobbing into her friends’ Natalie and Lily’s neck. But there wasn’t anyone that she didn’t know, or anyone missing from Spencer’s friends.

Emmaline snarled, typing angrily into the phone. “Who are you?”

The phone showed the person typing on the other end. Emmaline felt her grief turning into anger. Her fury beginning to boil over, she couldn’t believe anyone would do something so cruel. Spencer wasn’t even cold, and this person felt it would be funny to terrorise his sister. Her anger mixed with a disgust that made her want to vomit.

In my book Killer Love, my favourite scene is when Molly feeds a pedophile that she is in the process of killing to starving rats.

Just write. Don’t stress the little things, get a good editor and enjoy the process.