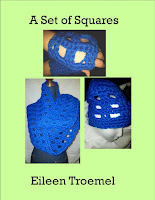 I’ve published three new crochet patterns.  A Set of Squares is a hat, infinity scarf and wristers.  Squares done three ways to create a love set including a hat, scarf and wristers.  The large pattern provides warmth in the winter.  Featuring a square repeat, this set provides style.  Easy to make from the soft, large yarn, the pattern is simple but stylish. 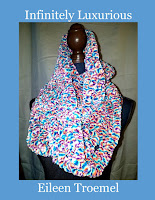 Infinitely Luxurious is an infinity scarf.  Luxurious and warm, this scarf is easy to make and beautiful.  Made with soft, luxurious yarn, this infinity scarf will keep you warm through the coldest of winters. 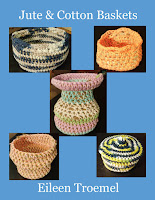 Jute & Cotton Baskets is a set of ten patterns.  A unique technique using jute (or hemp) with crochet cotton to create baskets for any use or occasion.  Ten patterns for different shaped baskets. Combining hemp rope and crochet cotton, these make sturdy and unique baskets for multiple uses from decoration to storage.

For my youngest daughter I’ve been working on a doily.  It’s the first one I’ve designed and I like how it turned out.  Next I’ll have to decide if I want to publish the pattern.

I’ve been busy working on things for the two girls in Georgia.  I’ve got at least three more things to make for them but I think they will all be from a pattern.  I’m also working on a blanket for my middle daughter which I’ll be publishing the pattern for as soon as I’m done.  I’ve got it nearly half done at this point.

Last Wednesday I had sinus surgery.  It was a day surgery where they cleaned out my sinuses, straightened a deviated septum, narrowed some bone in my nose to alleviate some of the allergic reactions I have, and removed a bone spur.

Each hospital personnel who entered my room for the first time commented on my list of things I’m allergic to.  It doesn’t build confidence when the anesthesiologist asks what does work for me.  Shouldn’t he know options?

Fortunately, everything went smoothly.  The surgery was successful and I was home and tucked into my recliner before too long.  Thursday and Friday were uncomfortable but Vicki was around to bug me and make me drink but let me sleep.  I accomplished almost nothing for those three days.

Monday I had the stents taken out.  I was told by someone it was extremely painful so I was a little apprehensive.  I was pleasantly surprised when it was nothing more than slightly (very slightly) uncomfortable.

I left the doctor’s office being able to breath which was very nice.  I came home and wrote.  My afternoon was spent at my computer working on the next Wayfarer novel.  Tuesday I was supposed to meet up with my niece but she couldn’t meet so I slept late, got up and dressed and sat down to the computer again.  I spent four hours working on the Wayfarer novel. I’m two or three scenes from being done, drawing the final plot lines together, making them solidify into a really good (I hope) conclusion for this group of plot lines.

Wednesday I came back to work.  I expected to be over tired and grumpy by the end of the day.  I certainly didn’t want to fall back into the work day routine but it was nice to see my faculty and student worker.  It was good to get out of the house and my head.

I’ve been working on my basket patterns.  I wrote them more than a year ago and never got around to publishing them.  I was less than happy with the pictures I had.  While I was off, I went through the patterns, edited them (thankfully) and I’m down to half a one left.  Once I get the last one done tonight, I’ll work on pictures – hopefully better than the last one.  I’ll do a few group pictures and individual ones.  I think the baskets will be a pamphlet, though I do have a couple places I may want to submit them to in an attempt to get them published.

Once the baskets are done, I have a bunch of fleece I want to get made up.  A few pieces I’ll be keeping but most I’ll be setting aside for the sale we’re having next month.  Once I’m through those pieces, I’m going to look at the themes for the crochet magazines and see if there’s anything which inspires me.

I have been crocheting a lot lately mostly because people ask me for stuff and I’m stressed.  Crocheting takes me to a different place.  One of the hardest things when crocheting for others is working with the colors they pick.  I LOVE bright and fun colors.  They are cheerful.  But when someone says can you make me this and make it in colors I don’t necessarily love it is a bit harder for me.  However, I do it because I know that not everyone is like me and loves those brighter colors.  If the colors they pick make them happy that is what I work with.
Here are a few of my projects:
Bibs for a sweet one year old: 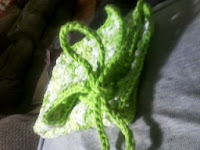 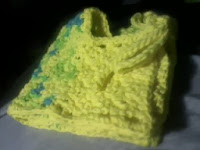 Boxes for a variety of people: 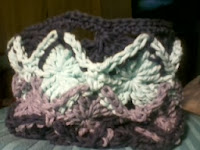 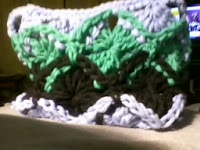 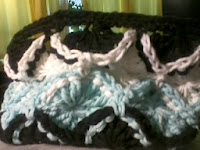 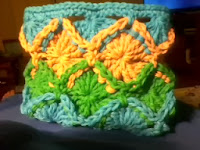 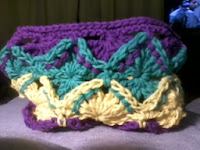 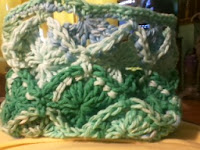 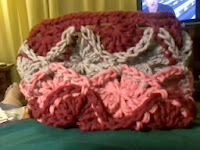 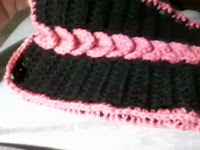 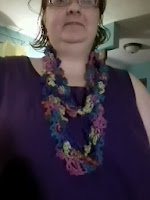 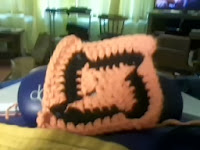 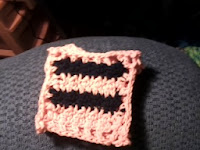 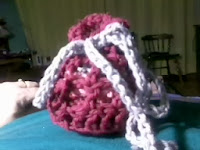 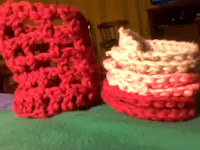 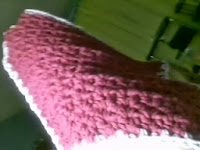 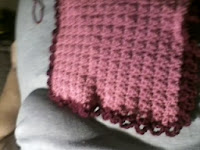 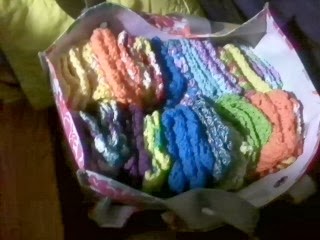 These projects have been done over weeks of work.  Some of them will be gifts, some have already been claimed and taken, some I sold – mostly though, they were made with care and helped me destress. All I can hope is when I give them to the people who end up with them – they appreciate the work and care that went into making them.  The next project – well there are so many to choose from.  My biggest question – when is the next yarn sale?