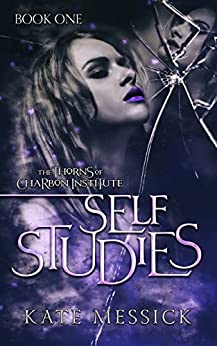 I knew nothing but the touch of my master until the Magical Authorities killed him and set my world on fire.

Now, I’m a prisoner at an institute stressing students beyond their limits.

I’m a sorceress who can’t access her magic and wanted by wickedly handsome mages who all have their own agenda.

I spent my life following directions. Now I can make my own decisions, I don’t know the right ones. Why is saying ‘no’ so hard?

With the administration judging every action I take and weighing them on their uneven scales of morality, I must come to terms with my darkness to survive and, if I’m lucky, even gain my freedom.

Messick has created an academy which we are learning isn’t really a school but more of a prison. There are good and bad people in the prison but you’re never quite sure who is who. Aphrodite is newly arrived and she’s been freed from a life of complete submission to her master. Her master groomed her to completely submit to him in every way. Now the Magical Authority deemed her too dangerous and they’ve shoved her into the prison of this school. Bullying doesn’t cover all the torture the other students put Aphrodite through but somehow she makes connections and begins to learn her master was wrong and she does have opinions and power. Messick has created an unusual and unique environment for her main character to wade through as she figures out who she is. Messick is skilled at developing her characters and moving them from one dimensional to multi-dimensional. While there is a bigger story going on, Messick does not leave you hanging and waiting on the next book. Her story is solid writing and story telling.