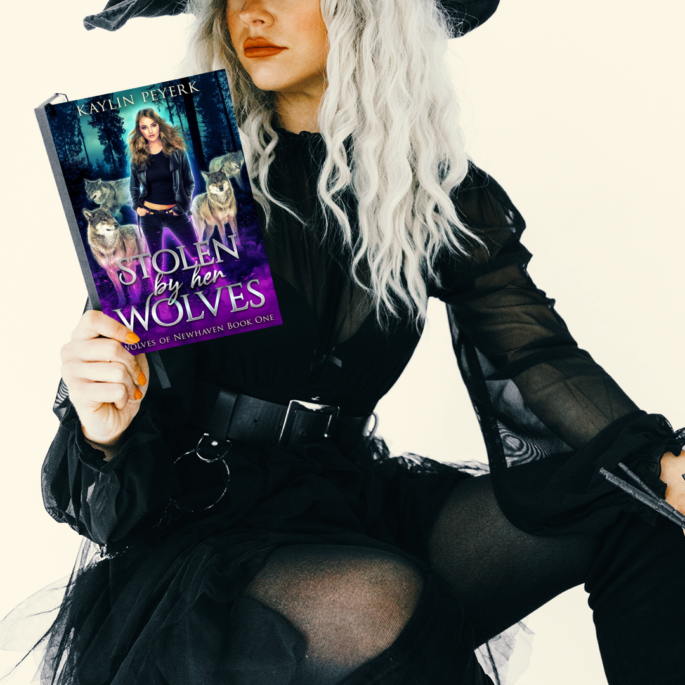 I’ve been a reader for my entire life—starting with Harry Potter when I was seven. That’s when I fell in love with fantasy stories. The romance aspect came later in middle school and highschool when I began devouring young adult romantic fantasy titles. While I prefer to write in the new adult genre they’re the root of my inspiration. Think Vampire Academy, Shiver, and Graceling.

When I was in ninth grade I had run out of books in my school library to read. Well, at least I ran out of titles that interested me. So I decided to write my own during National November Writing Month! I wrote an entire 50,000 word novel in one month when I was fourteen and have been on the grind ever since. Now I look back on it, that’s kind of crazy, isn’t it? Ha!

I wholeheartedly believe that authors should write in the genres they love to read. Only when you know the market well will you be able to cater to what the readers love to devour. I read young adult fantasy, new adult fantasy, paranormal romance, danmei cultivation fantasy, and romantic comedy. All of these are genres I’ve written in.

My books are primarily for adults due to sexually suggestive content. However, I do have one title that’s appropriate for young adult readers. Bound in Death is a new adult slow burn romantic fantasy following demigods and the tragedy of star crossed lovers. Very PG but incredibly moving. I loved writing it.

Two teens—Faye Alister & Royce McKay—fated to pair from wealthy families discover the underground secrets of their world and just how dark it has become. However, they’re unsure what they’ll do when they gather it. The perpetrator is Royce’s father—the governor of their province—and many influential families they’ve known all their lives are involved. Not only will sharing this information ruin life as they know it but also the fragile world already on the precipice of disaster. I love this title because it uses the omegaverse world to explore the issues of gender and class inequality. It’s both a romance and a woven mystery of political intrigue and suspense. This one can be read episode by episode on Kindle Vella, however, at the end of the serial, it will be bundled into a KU title!

Prey in the Dusk has two main narrators—Faye Alister & Royce McKay. Together, they uncover a web of secrets that cannot be unseen, nor left to continue. Faye is the omega daughter of a successful alpha scientist who fights for omega rights and the creation of more effective drugs for them. Above all, she wants to follow in his footsteps and is deeply inspired by him. Her fated mate, Royce, is a supreme alpha from the highest standing family in their world. He has been groomed to take his father’s place as the province leader for his entire life, yet all he cares about is cherishing Faye. They’re like two planets revolving around each other while the universe falls apart around them. I want the series to explore the difficulties of different social classes through the use of an ABO universe. The terror of both upper and lower class crime and how it affects society as a whole.

Faye & Royce are fated for more than pairing. By accident, the two discover underground secrets of their society and just how dark it has become. . . Exposing proof of a heat-inducing drug being tested on helpless omegas from the lower provinces. Not only that, but the main perpetrator is Royce’s father, governor of Decra, and many influential families they’ve known all their lives are involved. Well aware outing it will ruin life as they know it; can they gain the courage to expose evil?

Decra is an arrogant place.

To someone who isn’t familiar with the province, the phrase sounds strange. It’s a fact you need to experience to understand. By stepping into a room where no heads turn. Scenting the overwhelming yet intoxicating pheromones. Witness the slow, teasing gait of society’s infamous families. They move as if the world has no choice but to pause and watch them. My eyes flit from one gilded person to the next, noting the ropes of diamonds on their necks. The rubies dripping from their ears. The expensive, exquisitely made watches tick-tocking on their wrists. These people were born to be royalty. Alphas either inherited wealth or created it through grit, blood, and trickery. In comparison, I feel like dusky silver in need of polish.

I sigh, plucking a flute of champagne off a passing tray, holding it up in thanks. The server flushes, dipping his chin while scurrying back toward the kitchens. For the tenth time since arriving, I adjust the high collar of my dress. Hating that, it forces the metal protective band around my throat to dig into the skin, rubbing it raw. During high-traffic parties like this, I’m forced to wear it. Unmated omegas take responsibility for themselves. Never once would it be considered an alpha’s fault for having lost control. For if an omega becomes so enamored with an alpha’s scent that it triggers a heat, is it not the duty of said alpha to satiate them?

I hope you picked up on my sarcasm there.

More and more families arrive, filling the room with pheromones that make my head spin. I press my back into the wall, praying my burgundy dress fades into the velvet curtains so seamlessly not a person in here will notice my presence. I much prefer to watch quietly from the sidelines, taking in as much information as possible and giving nothing away. When my gaze finds my father, it sticks like glue. Every poisonous feeling brewing in the presence of such powerful alphas flowing away like water. As usual, he holds a crowd of people around him captive, leaning toward him as if hanging off his every phrase.

His emerald eyes sparkle as he laughs, tipping his head back, coffee-colored hair falling away from his face. From the looks of it, he’s run his hand through it. The style my mother spent twenty minutes on destroyed within seconds of one of his animated conversations, as usual. Many women fawn over the display, pushing further into his personal space as if today may be the day he turns his gaze on them. He does no such thing, reaching past them to shake the hand of an arriving official. If they’re crestfallen by his obvious dismissal, it doesn’t bother the crowd of women. They back down, though, slinking to the outer edges of the circle. Behind them—leaning against a pillar as if it were made for her—stands my stoic, radiant mother.

Everyone is watching her, and if they claim not to be, they’re lying.

While most affluent families of Decra choose muted colors, my mother has never so much as toed the darker side of the color wheel. She’s a radiant flower within a field of wheat. Wrapped in a tasteful crimson dress that falls straight to the floor in a pool of shimmering silk. As usual, her long blonde hair is braided elegantly atop her head, displaying the pairing mark on the back of her neck with pride. Something most alphas in the room roll their eyes in the face of. For pairing with an omega is a waste of potential unless they’re your fated one. And connections like that are far and few between.

“The governing family of Decra province has arrived,” a man announces from the top of the grand staircase, bowing low.

As if it’s a concert for their favorite musician, people scramble to form a semi-circle around the stairs. I do no such thing, keeping my distance. My mother’s eyes slide to meet mine. Burning with warmth and steady concern, as they usually do when she looks upon her recluse of a daughter. I know what she’ll say later, what she will ask. Why did you not gather with the others? You’re too similar to me. Would it kill you to show at least the bare minimum of interest? I look away from her, swirling the champagne in the bottom of my glass just to watch the bubbles pop one by one. The doors above open wide, trumpets blaring. Still, I do not turn, waiting for the familiar prickle that climbs up my neck the moment he spots me.

Because that is how nights like this always begin.

Yes! There’s a scene in this title where Faye learns that her secondary gender is something she cannot escape and will cause her problems in the future. It’s heartbreaking in its reality and incredibly moving. While she wishes to live a life free from bonds and work toward making the world a better place for people like her, it only becomes that much more difficult.

Read as many books in your genre as possible to get a feel for what readers love and expect from such stories. To me, this is better than the advice of writing to market because rather than overused cookie cutter tropes, you’re focusing on your authentic story while weaving in themes readers recognize. My greatest accomplishment is getting a review on almost all of my stories saying it’s different from anything they’ve read but it sucked them in anyway! That’s because I’ve done a lot of research on what readers love and added it subtly into my manuscript. I have the idea first, not the trope. 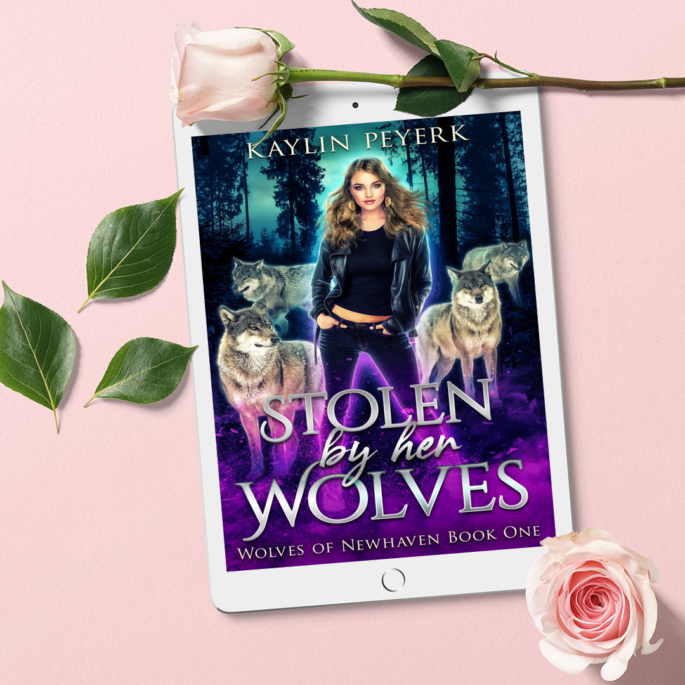 Wolves of Newhaven book one by Kaylin Peyerk

As one of the final surviving members of a brutal shifter clan, I’ve been chained and imprisoned for my entire life by my human uncle for the sole purpose of keeping other humans safe from me.

At least that’s his excuse.

Solitude and pain are all I’ve known, so when four men show up claiming to be my saviors I’m not exactly receptive to the idea. Sure, I’m grateful that they’ve busted me out of my own personal brand of hell, but that’s about as far as the gratitude goes. Now I have no money, no pack, and nowhere to go unless I take them up on their offer to transport me safely to Newhaven, a sanctuary for omega wolves deep in the woodlands of Alaska. With no other choice left, I take it while vowing to keep my distance for the week-long trip. But as time passes my guard falls, leaving me conflicted and suddenly vulnerable to the charismatically handsome group of men.

Will I make it to Wolfhaven without falling for them, and do I really want to?