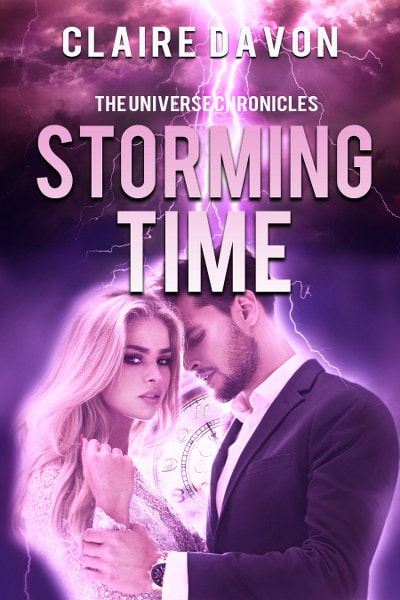 Rescuing compromised Universe agents is nothing new for Zared Hersh. A fast car, a little rain-and-fog manipulation to cover his tracks, and his job is done. But when Hannah Nickels dives into his front seat, something about her aquamarine eyes strikes him like lightning.
Thank God she’s not psychic, or she’d be reading his hormones like a book.
Hannah’s been groomed to join Universe practically from the moment her time-freezing talent emerged. But recently, her power’s been glitchy. She knows she’s in trouble, and the last thing she needs is her instant attraction to Zared’s solid body and dark good looks.
When their escape is almost derailed by someone with a strange new light-manipulating gift, only Hannah’s chrono talent gets them safely back to Universe HQ. In the relative safety of Richmond, their relationship grows. But Hannah has a second, more dangerous power that few know about. And as her control slips, someone with a hidden agenda sets her up to fall—straight into Whisper’s trap.
Goodreads * Amazon 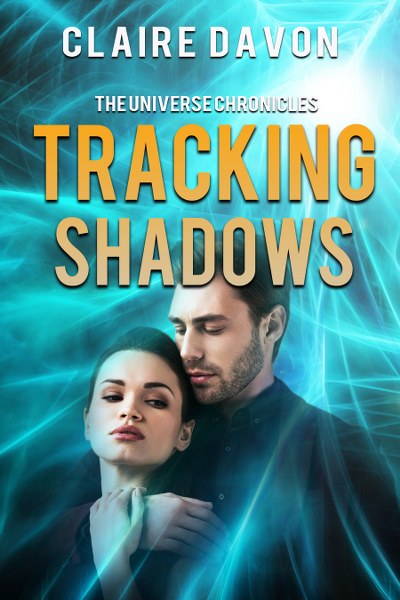 Since the day Jiana Falco was forced to join the paranormal agency Night Stars, she’s been planning her escape. She uses her bodyguard’s split-second of distraction to vanish into the shadows, and burns the last bridge by saving Quillan Hardis.
But now, locked in Quillan’s muscular arms, pinned by his calculating amber gaze, his invisibility talent shielding them both, she’s in even deeper trouble. If that’s possible.
Quillan didn’t get to Universe Corps’ highest echelons by being a fool. The rare shadow manipulator in his grip is too easy a prize to be anything but a setup. A pretty lure he should send back to Night Stars. Instead, he holds on—and in changing her fate, he seals his own.
Under a secret order to unlock her untapped power—by any means necessary—Quillan takes Jiana on the run with only a precog’s vague direction, and a spark of desire that blooms into something warm and genuine. But her fear of being clawed back into Night Stars’ control could drive Jiana so deep into the shadows nothing will get her out. Not even the light of Quillan’s love.
But her fear of Night Stars could drives Jiana so deep into the shadows nothing can lead her out. Not even the light of Quillan’s love.
Goodreads * Amazon 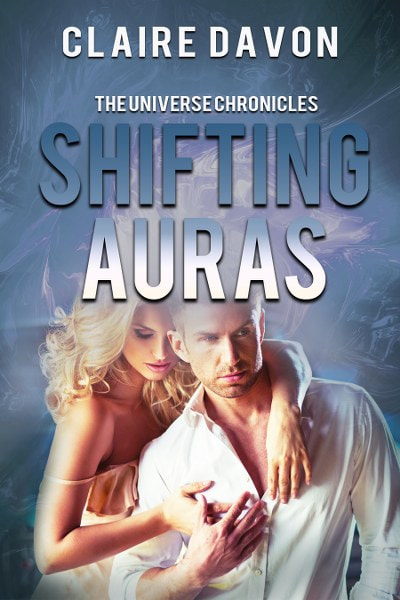 Maya Wingfield was raised to trust no one—least of all the dueling U.S. and Russian paranormal agencies, Universe and Night Stars, who’d love to harness her mind-reading gift.
She thought Richmond a safe place to escape their influence and hide from a rising psychic malevolence that drove her out of San Diego. But when she gets yet another call to retrieve her drunken roommate, her mind shows her an amber-eyed Universe operative with an impenetrable net around his deepest secret—and a voice that sends shock waves of awareness down her nerve endings.
Maya’s curves and aquamarine eyes aren’t the only things that jolt Ian Sanderson’s mental shields, bringing sexual tension thrumming back to life. It’s a power his Universe-trained mind knows he shouldn’t trust. And a vulnerability that makes his telekinetic power burn in his palms to protect her.
But to Universe, she is just one of too many unanswered questions. A target for Whisper, a shadowy new group of paranormals with powers beyond anything Universe has ever seen. Once before, Ian failed to protect a sensitive from a brain-scrambling attack. He will not fail again . . . even if it means using his talent—or his body—to stop a bullet.
Goodreads * Amazon

Claire can’t remember a time when writing wasn’t part of her life. Growing up, she used to write stories with her friends. As a teenager she started out reading fantasy and science fiction, but her diet quickly changed to romance and happily-ever-after’s. A native of Massachusetts and cold weather, she left all that behind to move to the sun and fun of California, but has always lived no more than twenty miles from the ocean.
In college she studied acting with a minor in creative writing. In hindsight she should have flipped course studies. Before she was published, she sold books on eBay and discovered some of her favorite authors by sampling the goods, which was the perfect solution. Claire has many book-irons in the fire, most notably her urban fantasy series, The Elementals’ Challenge series, but writes contemporary and shifter romances as well as.
While she’s not a movie mogul or actor, she does work in the film industry with her office firmly situated in the 90210 district of Hollywood. Prone to break out into song, she is quick on feet and just as quick with snappy dialogue. In addition to writing she does animal rescue, reads, and goes to movies. She loves to hear from fans, so feel free to drop her a line.
Website * Facebook * Twitter * Bookbub * Amazon * Goodreads

One thought on “The Universe Chronicles”