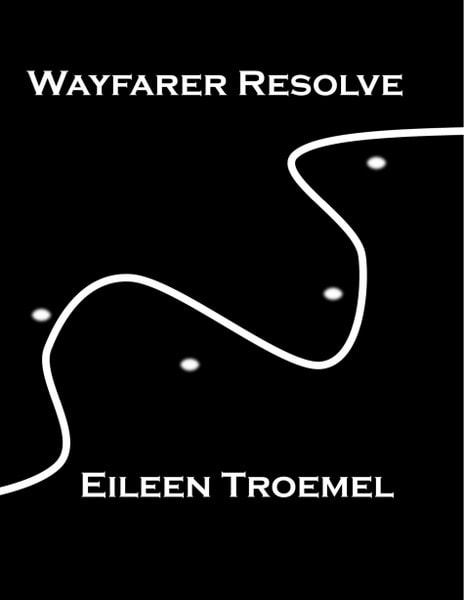 In this final installation of Wayfarers, Decker and Adara face an attack on their homeworlds as well as on their children. A clan member from Phelan’s clan attacks Addy and Zoe while Adara and Decker deal with riots and attacks on the home world. Phelan’s clan member is at fault. Will this break down the clans?
Out exploring their sectors of space, Adara settles into being Mathair Naclan – mother of the clans. At the home planets, Hal, Dimitri, and others cope with vandalism, sabotage, and racism. The Humans only group rises with violence and hate to attack the Wayfarers from within.
Sentenced to hard labor, prisoners are placed at Tom and Angeline’s manufacturing facility and Monroe’s mining operation. Though facing punishment for breaking the terms of being with the Wayfarers, Bernard Lundquist still runs operations on Hometown.
Bias within the Wayfarers and against the Wayfarers frustrates Adara as she and her admin council defend against the Humans only group. The family is threatened by the people Adara rescued. Can they find a way to peace or will the prejudice tear apart the connections Adara and the Wayfarers are making?
Add to Goodreads
Amazon* Apple* B&N* Kobo* Smashwords 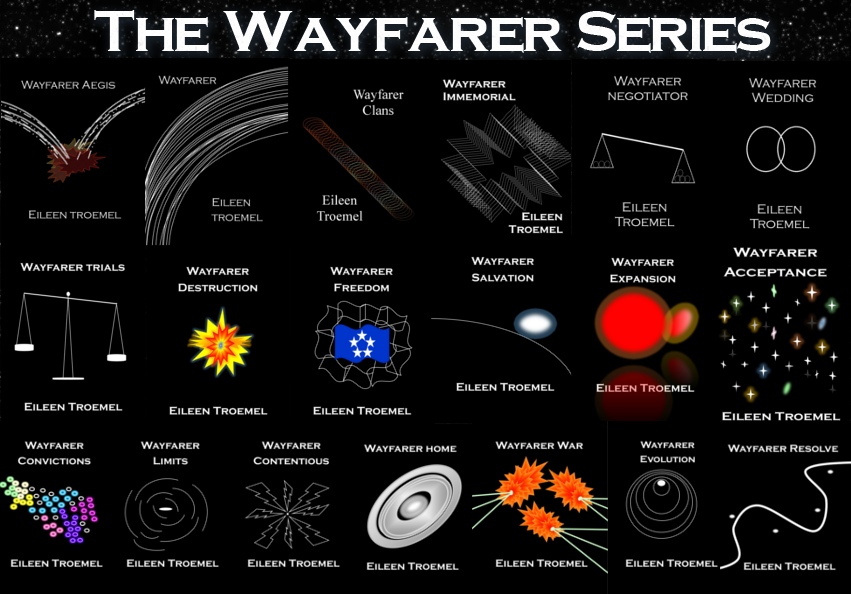 “It’s been seven hours and twenty one minutes,” Frey whispered as Jolen held her. “They’ve missed nursing twice now.”
“Everyone is working to find them,” Jolen said rubbed her arms, tried to comfort her.
“I can’t breathe,” Frey said rubbing her hand between her breasts.
“You have to,” Jolen said. “You have to keep hoping. Harry needs you.”
“He fought hard,” Frey said. “He used the self-defense training. We both did. It didn’t help.”
“I know,” Jolen said. “Do you remember how many came in the house?”
“Seven,” Frey said frowning. “They shoved all the other kids in a room, locked them in. They pointed phase rifles at my children.” Temper started to flush her cheeks.
“Do you know how many were outside,” Jolen asked.
“No,” Frey said. “We heard the detail fighting. Tray came in by us but they shot him without warning when they got into the house.”
“He’s going to be all right,” Jolen said reassured her. “What happened next?”
“They put the kids in our bedroom,” Frey said. “They ordered us away from the babies but Harry refused. I refused to go.”
“Did they speak,” Jolen said.
“One man spoke,” Frey said. “He spoke and the others did what he ordered. Harry fought. The man who spoke ordered two men to hold him while others beat him. I thought he was dead. I fought, I tried to stop them hurting him but they threatened my babies with their phase rifles.”
“Was there anything distinctive about the man’s voice,” Jolen asked. “Did he have an accent, say words a particular way, or stutter?”
“No. He spoke softly like he didn’t want his voice to be recognized,” Frey said.
“Do you remember any distinctive features about them,” Jolen asked.
“Two of them were over six feet but not by much,” Frey said closing her eyes. “Three were shorter than Harry, they might have been women. The last two were between five ten and six foot. The three shorter ones were bulky but I think it was an attempt to prevent us knowing they were women.”
“Why,” Jolen asked.
“When they put Harry down and me next to him, those three shorter ones took the babies,” Frey said. “The man in charge, he seemed to think it beneath him to carry babies.”
“Frey, you’ve been wonderful,” Jolen said. “I’m going to step out. Regan and Rowena are coming back in to sit with you. Before I go, I want you to know, you are safe here. You are in a private room at the Healing Center. There are several squads of fighters surrounding you. Outside of those people, we’ve got neighborhood watch patrolling the nearby neighborhoods.”
“Where are the rest of the children,” Frey asked.
“Libheanna has seen to them,” Jolen said. “She set them up in a space across the hall. They are secure.”
“How many of the detail died,” Frey asked.
“The count is up to four now,” Jolen said. She patted Frey’s shoulder as she shook her head burying her face in her hands.
Website* Facebook* Twitter * Amazon* Goodreads