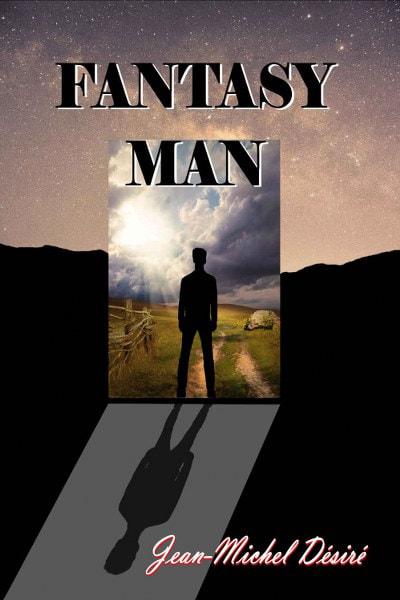 The world nations are suddenly faced with terrorism in an unprecedented simultaneous attack worldwide. An urgent secret meeting is held with religious and political authorities of all nations to discuss the ensuing message from a ghostly character by the name of Fantasy Man, who not only claims full responsibility, but challenges all with a precise ultimatum. General Timothy Powell is assigned to the leadership of the taskforce with mission to find and stop Fantasy Man, but this assignment could not come at a worse time for the General who faces some very personal and delicate problems. A British archeologist sets up an elaborate scheme to select a group of civilians to accompany him through a paranormal adventure never before attempted, an adventure that he has nicknamed ‘The war to end all wars’. Fascinated at the prospects of this paranormal adventure, the civilians will soon find themselves in a web of deceit while truly embarking in the unknown world of the supernatural. By the time the hidden agenda of the archeologist is understood, deepest and darkest secrets will have been revealed and only friendship and love will provide a slim chance for the civilians to come out alive. But who has deceived who? A mastermind engineer disillusioned with the lethargy and inertia of the corporate world seizes an unexpected opportunity to start his own business, an entertainment outfit unlike any other. How could he possibly have known that he would become entangled with the taskforce against Fantasy Man? Racing around the globe as well as around the clock to piece the challenging puzzle laid out by Fantasy Man will prove to be a quasi-impossible task for the authorities… until fate does what it does best, bringing together the most unlikely group of people to solve the riddle. But Fantasy Man had one last defiant act up his sleeve, another simultaneous worldwide show of force with a fatal outcome… What would you do faced with the enormity of Fantasy Man’s challenge and a deadline to stop him? If you were selected for the archeologist’s paranormal adventure, would you willingly take on the challenge of ‘war to end all wars’? Would you give up your dream of a highly successful self-made career in the entertainment domain, to save the world, or simply to ease the burden of a troubled soul? Fantasy Man will change your world forever, if you dare take his challenge…
Goodreads * Amazon 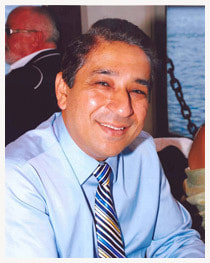 Jean-Michel Désiré was born on the magnificent tropical island of Mauritius, where he completed his primary and secondary studies in compulsory bilingual French and English languages. An acute love of reading combined with a great interest in art (drawing and painting) pushed Jean-Michel from a young age to want to write his own comic books, but a lack of opportunity blocked his efforts. It was this same lack of opportunity of the time that triggered a need to perform further studies. At age 22, Jean-Michel left Mauritius for North London, England, where he completed a bachelor of Engineering in Electronics followed by a Master of Philosophy in Microelectronics.
While concluding his Master’s degree, Jean-Michel met the lady who became his wife a year later, year during which they also moved to Montreal Canada where Jean-Michel had been offered an engineering position in the Aerospace industry. Life had its own agenda, and within the first eighteen months, their daughter was born in the middle of a snow storm in Montreal. Six years later, their son came into the world and the obvious demands of family life became the main priorities.
During the winter of 2008, Jean-Michel slipped on the ice during a storm and fractured his ankle in multiple locations. Recovering at home after surgery, Jean-Michel decided that the time had come to revive his passion for writing. Within two years, his first book ‘The Storyteller’s Nights’ was published. The positive feedback from readers fueled Jean-Michel to exploit his bilingualism and he translated the story into French, ‘Les Nuits du Conteur’ being published in 2015. He then felt the wind in his sails and published ‘Fantasy Man’ in 2017, and recently, ‘Revanche (Revenge)’ (the follow-up to ‘Les Nuits du Conteur’) in 2019. ‘Fantasy Man’ is presently nominated for an award, top ten finalist to be announced on 22 August 2019. He has just completed the first draft to his next English book, entitled ‘The Miracle Ladies’, which he plans to send to the publisher within the next few months, after the essential rounds of self-editing.
Engineer by day, writer by night, Jean-Michel plans to keep letting his imagination go wild while capturing it all on paper. Surrounded by a great family, he plans to write a whole lot more. When he is not writing, he spends quality time with his family and travels yearly back to Mauritius to visit his Mom and brothers.
Facebook * Instagram * Amazon * Goodreads

One thought on “Fantasy Man”