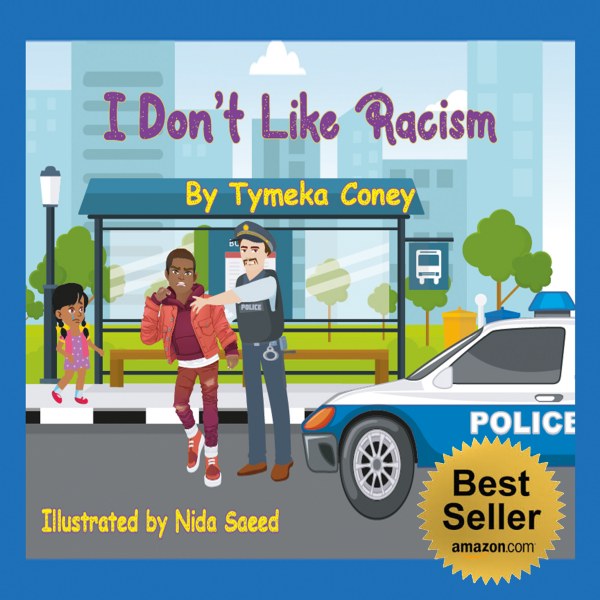 This book tells the story of racism through the eyes of a young African-American girl, DaNyla, and her experiences with racism as she witnesses her cousin involved in police brutality and she tries to understand why racism exists. She talks to her Mom, and her History Teacher about racism to better understand where it evolved, then she prays about it and decides to continue to dream and hope for change for a better tomorrow as she still continues to fight for what’s right peacefully all while still loving her family and her multicultural friends.
This story will teach all ages, genders and nationalities about racism and it seeks to inspire us all to unite and love one another despite the color of our skin.
Goodreads * Amazon
[youtube https://www.youtube.com/watch?v=1cGb0ZgMjHo] 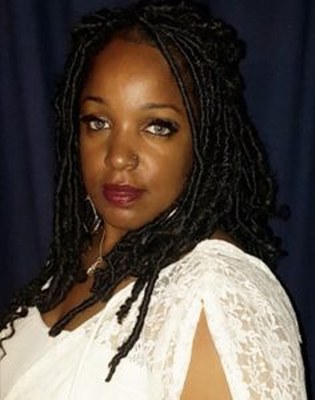 Tymeka Coney is an actress, producer, director, playwright, poet, songwriter, voiceover and now activist with the release of her new children’s picture book, “I Don’t Like Racism,” which was inspired by the police brutality she has witnessed in the world and first hand. Tymeka’s first book was “Words Unspoken: Volume I-Deeper Than Eyes Can See,” poetry book released in 2011. She also has a Spoken Word album, “Life, Liberty, and the Pursuit of Dreams,” available on Amazon and her recent extended single “COVID 19- Social Distancing,” also on Amazon.
She was born and raised in Dallas, Texas, and now resides in Los Angeles, California where she gives back to the community by teaching young people how to read and write and acting.
Website * Facebook * Twitter * Instagram * Instagram * Bookbub * Amazon * Goodreads