An asteroid on a collision course with Earth. Twins from another planet sent to stop it.

With a vibrant art movement, thriving music scene, and culture of change, 1960s Manhattan is pulsating with energy. Twins Mark and Jason appear human, but they have been given powers beyond anyone’s imagination. The city embraces them and they dive headlong into all it has to offer.

As the time for them to fulfill their mission grows near, the twins sense that something is wrong. Have they been sent to Earth to save it or to be eliminated? With the fate of both planets in the balance, and everything they’ve grown to love on the line, can Mark and Jason unravel the truth before time runs out?

If you enjoy a tantalizing journey into Manhattan in the 1960s, aliens among us, and rogue AIs, you’ll love Soteria: The Crisis Forge. 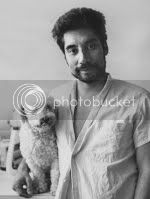 Roberto Arcoleo was born in New York City, Queens to be exact, into a working-class Italian-American family. Roberto’s father was a hardworking, grumpy, and reserved restaurateur, his mother a warmhearted, talkative hairdresser.

Roberto was a bit of both. He grew up in Astoria in a two-bedroom ground-floor apartment with one younger brother, his parents, and an invalid grandmother. His early years were tumultuous and confused. Roberto never felt that he fit into the molds that were laid before him. His early extended family home life was chaotic, and his teenage years were worse. After the Catholic grammar school, he continued on to a Catholic high school. He hated them both.

As a teenager, Roberto felt more and more apart from his surroundings. He withdrew into his own world. To onlookers he seemed full of bravado, but he was timid and reserved at heart, always feeling out of place. He started lashing out at the world with violence as mark of distinction. He found a home within street gangs and hard drugs at fourteen. Roberto started living on the streets at fifteen, but was soon taken in by a schoolteacher uncle who lived on Long Island. His uncle held him captive from his own devices until he graduated high school.  Later, in college, he studied psychology hoping to find answers. Still troubled, he didn’t find the answers he needed in the text. He gave up his clinical ambitions for more underground alternatives. The same uncle gave him his first camera, and he discovered photography.

Under a name other than Arcoleo, he obtained recognition as an artist. He received his MFA from Brooklyn college and later saw his art reviewed in the New York Times. Roberto’s work has been acquired by major collections. Among them Brooklyn Museum, the Chrysler Museum, the Museum of Fine arts in Houston and the Museum de l’Eysee, Lausanne Switzerland. He was the first artist working in photography to be given a one-person exhibition at the Aldrich Museum of Contemporary Art; he was awarded a stay at the American Academy in Rome; and his work is presently in the National Gallery of Art.

He always had an urge to write and his late mother was always asking for his first novel. He told her he had to wait until he was called from a special place.