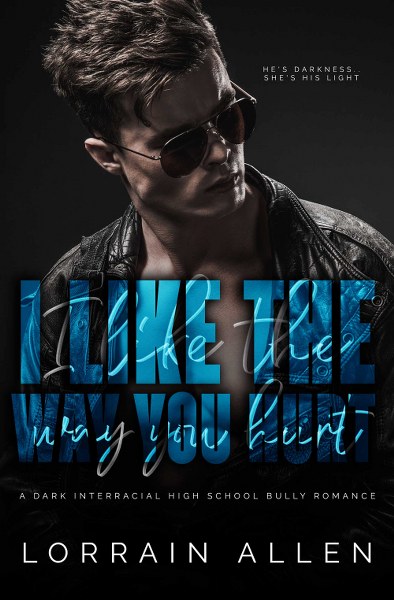 After the tragic death of her father several years ago, Cocoa’s mother has finally found love again. Cocoa is uprooted from Los Angeles, California to a small town in West Virginia before the start of her senior year. Though she’s not enthusiastic about the move, she’s very excited that her mother has found the will to love again. Cocoa meets Maverick prior to the first day of school. Cocoa is biracial and is everything Maverick has been taught to hate. Though Maverick hates her on sight, a fire burns between them that could destroy both of their worlds, leaving them in ashes. Cocoa can sense the hurt and anger in Maverick wanting to burst free and consume everything in its path. Will Cocoa be the one person that can soothe Maverick’s soul before he self-destructs?
Maverick’s mother committed suicide to escape her abusive husband, leaving six-year-old Maverick to face the fists of his father alone. The only things Maverick can relate to are power, control, pain, and anger. He doesn’t know how to love. He’s afraid of the feelings that Cocoa stirs in him because he’s not supposed to want her with a fever that burns so bright that it leaves him aching. The only way he knows how to control his feelings is to destroy Cocoa and make her hurt.
WARNING: This book contains strong sexual content and triggers. The subject matter is very brutal. Readers beware. This book isn’t for sensitive individuals.
This is a standalone book.
PRE-RELEASE PRICE IS $2.99 FOR A LIMITED TIME ONLY!
Add to Goodreads
Amazon * B&N * Kobo * Smashwords
Book Trailer
https://youtu.be/Cmy5_yKRElk
[youtube https://www.youtube.com/watch?v=Cmy5_yKRElk]