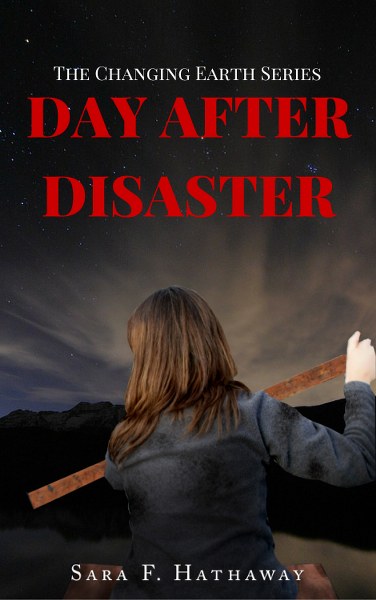 “How fragile everything had been. People walked through life everyday taking it all for granted, their cars, their cell phones, their lattes, their dramatic social issues and their medical problems.”
She started her day at her home in the mountains just like any other. There was nothing unusual about making the familiar drive down to Sacramento to go to work. Then in a flash Mother Nature decided it was time to create a new landscape. Follow the journey of a dynamic young woman, mother and wife, Erika, as she is thrust into a world turned upside down by a series of natural disasters. Alone in a mutilated city, she must navigate the path home, back to her family. Not knowing if they are alive or dead, Erika calls upon all of her survival instincts to traverse this broken environment. Will she make it home? Will her family still be alive? What will Mother Nature dish out next?
Goodreads * Amazon
[youtube https://www.youtube.com/watch?v=Lm662PgoBhg?feature=player_embedded] 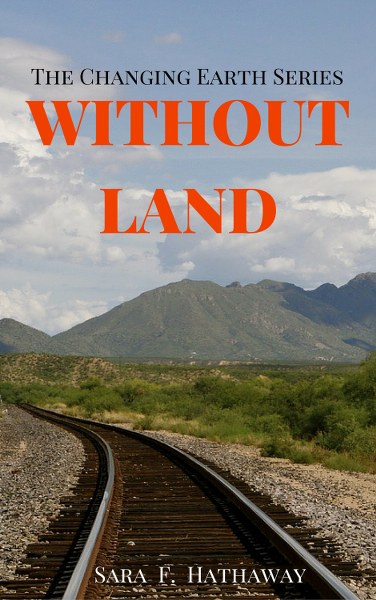 “I thought I was entering a brave new world of freedom but I walked right into the arms of soldiers I thought were there to protect me… They told us we were going to live at this ‘happy’ camp where we would be cared for until the country was stabilized.”
Erika thought America would let freedom reign forever but nine years after the Great Quake the reaction by the American Government was quite different. The Day after Disaster brought hardships to the world. The American citizens fought valiantly to bring back some sense of normalcy in a world that was shaken to bits. Many people were left landless and those still in possession of land had many obligation to fulfill for the citizens left fighting for their lives. Erika and her family are just another group left landless and forced to find their way in this new government construct. They are caught between a yearning for the freedoms they used to take for granted and a will to fit in and excel in this new landscape. However, Mother Nature will always have the last word and she isn’t done yet.
Goodreads * Amazon 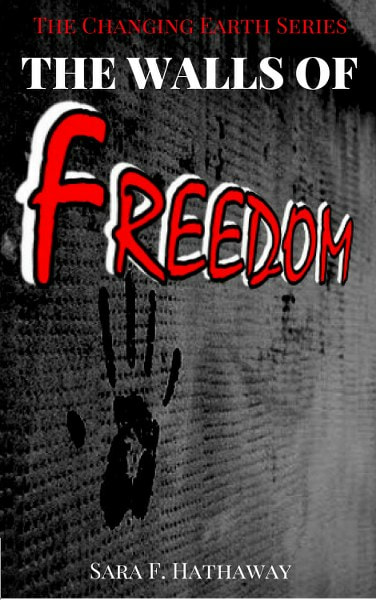 The Walls of Freedom
The Changing Earth Series Book 3

“I just hope I…Have the spirit to go on fighting. Have the power to take on forces that are so much bigger than me.”
On the run, Erika, her husband, Vince, and their children flee the government forces in search of a new life. The Great Quake ten years ago left the United States devastated. FEMA camps sprouted up in Regional Districts to control the chaos and separate the landowners from the refugees. Erika and her family spent nine years as refugees in the camp before they found out that Vince’s parents were still alive and they were searching for them. The Las Vegas FEMA Director, realizing his mistake, attempted to have the family eliminated to save his career. Vince and Erika take their family’s future into their own hands and flee the camp in a cross country action packed adventure. Will they find Vince’s parents? Will society accept them again? Can they accept this new government system?
Goodreads * Amazon 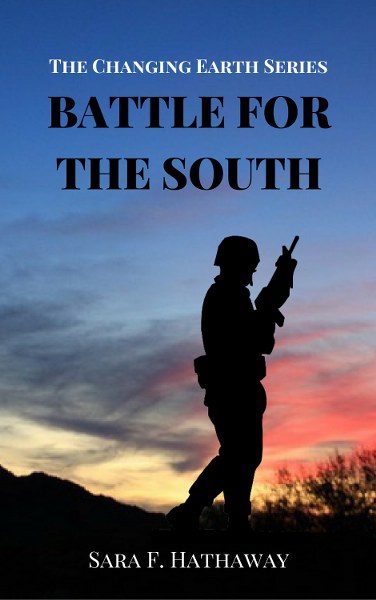 Battle For the South
The Changing Earth Series Book 4

“I’ve come to realize that staying true to your values and loyal to the people you love can make you into a legend…We must fight the hatred and fear that is crippling the spirit of our country.”
Unsure of the loyalty of her mentor, Erika and Vince take drastic measures to ensure the safety of their loved ones. After trying to merge back into an American society severely altered by the repercussions of the first Great Quake ten years before, Erika and Vince are unsure whom to trust. Time has spread the people they love out across the country and another Great Quake is imminent. One thing is for sure: they will not let their loved ones be annihilated by disaster. As the Federal Government takes steps to eliminate any signs of resistance among its citizens, Erika and Vince seek refuge in the free south where they can find help to rescue their friends and family from the Las Vegas FEMA camp. Can they make it in time? Are their loved ones still alive? Who is loyal to a freedom that was once provided under the Constitution?
Goodreads * Amazon 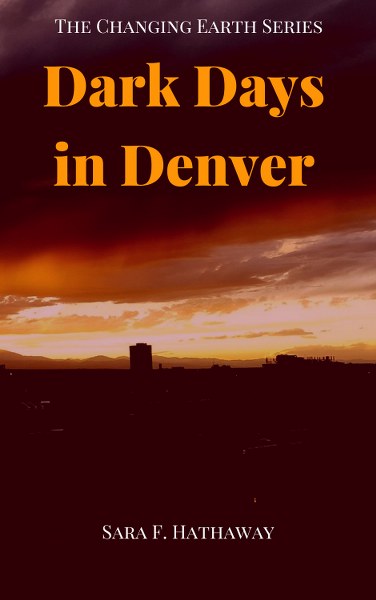 “I wanted to give up so many times. Take my family and find a hole to crawl into, but I believe in a country that once stood for something beautiful. A supreme message that gave all its citizens equal rights to exist.”
As the Earth continues to unleash a series of natural disasters at the surviving inhabitants, Erika finds herself hiding from the federal forces aiming to eliminate her. Rapidly trying to adjust to new circumstances, the refugees from the Earth’s fury spread out into new geographic regions, searching for someplace safe to live. The Federal Government’s grip on its lands tightens, as food becomes scarce and overpopulation intensifies. Fighting for control of the West, the world is turned upside down as the unthinkable happens to the planet and Erika’s family. Is this the end of life as they know it? Who will survive to continue the fight for the freedom of the American people?
Goodreads * Amazon 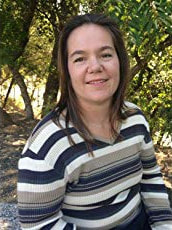 Author Sara F. Hathaway is an individual with an insatiable urge for learning. She grew up in the woods of Michigan, fishing, hunting, gardening, canning, and horseback- riding with her family. She loved to learn about the stories of times past from her great-grandparents and grandparents. After moving to the rural mountain landscape of California, she attended the California State University of Sacramento and graduated with a bachelor’s degree in General Business Management. She managed many businesses, all while working on the manuscript for her first novel, Day After Disaster. Eventually, she realized that her passion for the outdoors and learning about survival techniques outweighed her passion for the business world. Sara still lives in Northern California with her husband and two sons, where she is at work on the next installment of The Changing Earth series.
Website * Facebook * Twitter * Pinterest * Amazon * Goodreads 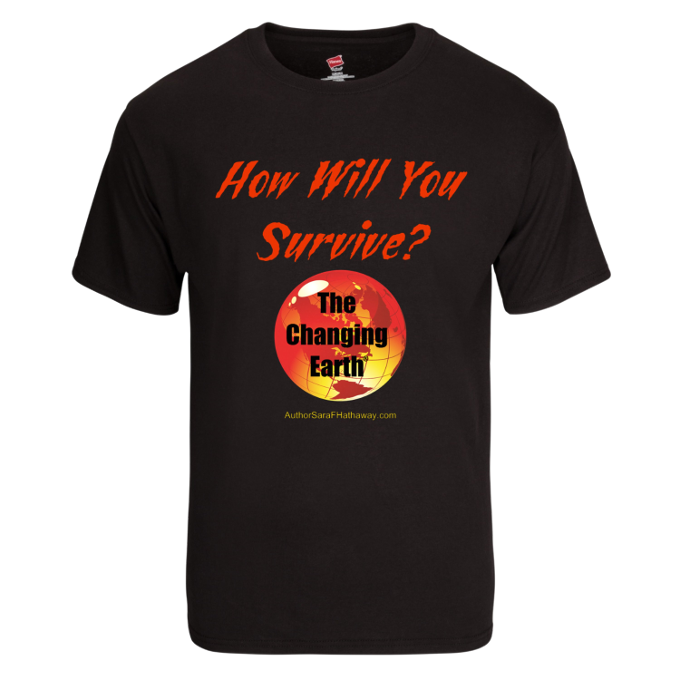