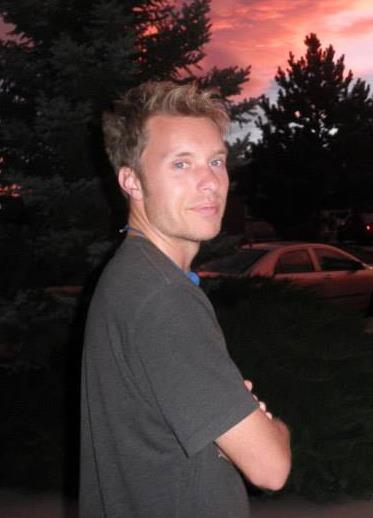 The humor Joshua Grant uses on his site is what drew me to him. He’s reviewed one of my short stories. It’s been fun getting to know him.

Joshua Grant is a loving caring guy with a mild case of misadventure.  He has survived a flash flood, encountered several bears, and has sailed the ocean blue.  Currently, Josh makes a living teaching and working with kids in several different environments, with the occasional novel always in the works.  Learn more about him and his work at diabolicshrimp.com.

I’m an adventurous guy.  I survived a flash flood once, sailed a chunk of the Atlantic Ocean, and have had several close encounters with bears and even a moose!  But in all that craziness, I really just love people, getting to laugh and joke and grow alongside each other.  I work with kiddos both at school, camp, and at church.  When I’m not doing that, I like to hang out with friends and family, play video games, and I’m a huge movie buff.  I’m also writing all the time, either a novel or reviews for other authors.

I actually just kind of fell into it really.  I had a middle school English teacher who believed in me and made me believe in myself.  I started writing short stories then.  Ironically, it was standardized testing that made me into a writer haha!  I was bored when I finished the test early and we used to be able to do whatever when we were done as long as it was quiet so I would write.  From there I just kept doing it until this day.  So…thanks boring testing I guess? 🙂

I’m actually fairly new to reading, really just the last several years.  I started with young adult fantasy and sci fi and loved that!  Now I literally read everything under the sun.  As far as my writing goes, it has to have a fantasy or sci fi element but outside of that I’ll pretty much write anything now too.

I currently have four books and another on the way in just a couple weeks.  I have two horror books in the same series (Pandora and Jericho) and they’re definitely for adults!  I was a little mortified when I had a bunch of parents of kiddos I work with come up to me and say ‘hey I bought your book for my kid’ and I had the really awkward task of explaining that they were for adults.  They kinda looked at me like I was a monster, haha!  I also have a young adult fantasy (The Fifth Ascendant) and a young adult sci fi thriller (Nexus).

I’m excited to finally be releasing Silly Tales from Albanon.  It’s a quirky collection of humorous short stories all set in the same fantasy kingdom of Albanon.  I take classic fantasy clichés and turn them on their head.  There’s an orc, but he’s a detective, or an ultimate assassin, but he’s a possessed pink teddybear.  It’s goofier than what I normally write but I love it and all the stories build on each other towards a twist ending.  It’s also loosely connected to my flagship series The Fifth Ascendant.

This book is more about an ensemble than any key characters.  I had fun crafting this world and making each character unique and humorous, but they all have depth in their own way.  It begins with a gnome who dreams of being an explorer and venturing beyond the Great Tree where all the gnomes hang out.  We eventually move to the imperial occupied city of Valeria where I introduce you to a Necromancer in love, a thief princess, an elf mage kid who steals his grandpa’s golem and takes it for a ride, and a pirate with a murderous reputation who is actually a coward.  There are several more all after their own goals, but ultimately there’s a greater sinister plot going on in the world of Albanon.

What does an adventurous gnome, a princess-turned-thief, and a teddybear assassin all have in common?  Well…nothing really.  But when the quirky fantasy realm of Albanon is beset with an unspeakable evil, these hapless heroes and more will have to band together to fight deadly monsters and save the world.  And there’s a cute sentient cactus.  Did I mention the cactus?  What’s not to love about that?

The slightly warbling voice came from the crystal hovering at Koren’s side.  The clear stone glowed faintly, casting its bluish light on the grey stonecut walls of the tunnel causing strange shadows to stretch and shrink.  Every time Norgel spoke, her light would pulse playing murder with Koren’s night vision (the dwarves called it tunnel vision but that seemed to confuse most Upworlders for some reason).

“Trying to concentrate here Norgel,” she said, adjusting her sweaty hands on the battle ax so she could wipe away the trickle of blood from her nose.  A pack of deep goblins also seemed to agree that she didn’t belong there.

But you belong here.  They can attest to that.

She glanced at the dead goblins littering the hallway behind her, then turned her attention to the lithe creature in front of her, the last of the roving horde.  It hissed at her, saliva dripping down its partially clear spindly teeth.  The thing was shriveled and gangly, its skin dark and mottled.  Its childlike hands and body twitched in anticipation of the kill its beady black eyes picked out of the dark.

Koren was the opposite.  She held completely still, only the frills of her battle skirt swaying lightly, belying the heavy thump of her excited heart.  This was it, the deciding moment of battle, the awakening in her soul.  Norgel warbled nervously.  Koren took an adrenaline filled breath.

Koren twisted, barely dodging the goblin’s raking claws, and brought her ax around in a wide arc.  The goblin fell to the ground, joining its foul brethren.  Its head joined them a second later (a fate well deserved if her mailbox brimming with ‘Pumpkins and Shields’ ads had anything to say about it).

“Good.  Very good.  You did great Lady Koren,” Norgel praised in that patronizing tone of hers.  “Now can we return to Grethal?”

Koren brushed a strand of her vibrant red hair from her sweaty forehead.  “Not yet.  Those goblins were looking for something.”

For being such a dead space, the Underdark had a life of its own.  The vast labyrinth of tunnels, some dwarf made and some natural, was home to a litany of creatures, none of which were friendly.  Even Wocs and Llubs, the main meaty food staple of the dwarven people, could kill you without a second’s hesitation if you let your guard down.  But if you learned to read the creatures’ habits, their needs and cravings, you could not only survive the Underdark, but learn to thrive in it.

These deep goblins were one such example, and a promising one at that.  They craved treasure above all things, even their lust for blood.  If a pack this big had come together, there must have been something really good nearby.

Norgel hovered reluctantly.  “Can’t you just take one of these goblins’ teeth as a trophy?  It’s very small and—“

“No,” Koren said with exasperation.  She heard what Norgel didn’t say.  A goblin’s tooth would be easy to hide, and wouldn’t attract the attention of the matron mothers back at Grethal.  It was small, like the light flicker of hope Koren felt when she stumbled upon one such trophy stashed away amongst Lady Karifen’s things.  When she questioned the old woman about it, she saw the freshness of life lift the dullness in her withered face…but only for a moment.  Just as quickly, the weight of the world descended back upon her.  She dismissed it as the whim of a silly little girl.

Back in Grethal, dwarven women weren’t supposed to do anything ‘unseemly,’ things like deviating from their household chores or picking up a battle ax.  Koren was pretty sure adventuring into the Underdark alone qualified.  She had dreamed since she was little about going with the men on one of their raids.  The dwarves were constantly at war in the depths protecting the rest of Albanon from the ever rising darkness.  Her father told her it was something about cleansing the infection from the vessels running throughout the World Beast’s body, whatever that meant.

Koren swallowed down the pain the memory of her father brought.  Dwarven women were only supposed to support the war effort by feeding the men and maintaining things on the home front, but that didn’t stop Maduin from teaching his daughter to fight in secret.  The celebrated veteran taught her everything he knew about combat and the Underdark, but nothing topped the most important lesson he left her: if someone says you’re too small to ride the ride, use an ax to shorten the standards.

Koren smiled as tears stung her eyes.  Her father died shortly after on a raid.  They said he died the way he lived, doing what he loved.  They also said that he died very painfully being devoured by an Abyssal Maw, but Koren always decided to avoid that little tidbit.

I love all the chapters and characters, but the excerpt above is definitely from one of my favorite scenes.  You have this dwarven girl who is told to stay home while the men go out to fight and raid in the Underdark, these labyrinthine tunnels filled with monsters and treasure under Albanon.  But instead, she treks out there battling monsters much to the dismay of her companion, a sentient crystal that’s obsessed with chores and is a terrible nag.  It’s a fun scene, but more than anything it’s all about the power of our choices and the love of family.  It also has all these fun little vignettes about dwarven parenting.

I would actually say only two things really.  Stick with it.  You are only going to be successful in the writing field if you play the long game.  In addition to this, write what you love.  Write the novel you personally enjoy reading.  If you love it, there’s at least a hundred other people out there that will also love it!