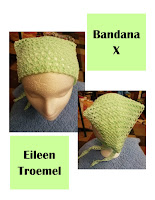 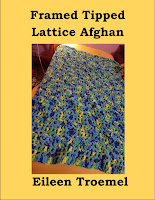 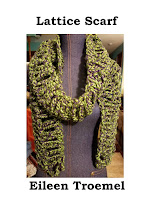 My day yesterday did not go as planned.  This is not a surprise to me – rarely do my days go as planned.  But last night I was kicking myself for taking a nap instead of getting things done.  Vicki went to bed early and I opted to work on the computer.

This meant the publishing I was going to do in the morning got done last night instead.  I have eight new crochet patterns out.  There are links to them on my website.  They are all on the Crochet Patterns page.

My niece asked me for headbands so I created new ones for her.  In doing so, I took pictures and wrote the patterns.  This means there’s a new Half Dozen Thread Headbands available.  She also wanted a bandana which lead to me creating Bandana X. 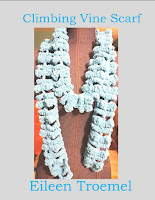 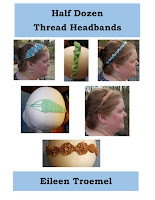 I had two student workers graduating – one wanted an afghan and one wanted scarves.  The blanket is called Framed Tipped Lattice and the scarves are Climbing Vine, Lattice, Shades of Blue, and Sparkling Squiggle.  I finished an experiment for my daughter which is really a mini scarf – Puff Chain Scarf.

I’ve got a couple more in the works but they aren’t quite ready to be published.  The patterns are done, I need to work on the components.

Today, I’m working on publishing stuff until my niece gets here, then I’ll be working on cleaning and organizing my office and hopefully tackling some of the dining room.  It depends on how long stuff takes us.  I’m hoping we can get a long list of things done but I know my plans never work out.  I’m going to go with the flow.  Anything finished is an improvement.  If it reduces the chaos we’re living in right now, that’s all that matters.  I have two more places to market my stuff.  Then I’ll be getting off the computer and start on the other stuff – I hope. 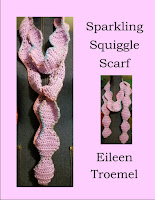 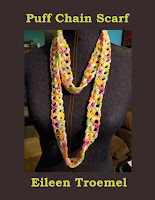 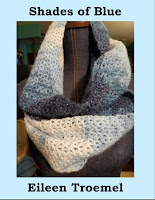