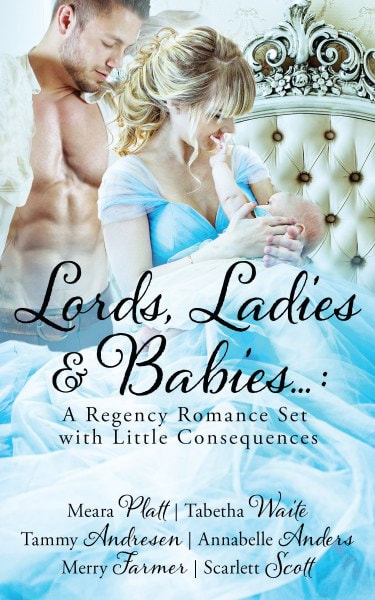 Love doesn’t always go as planned and sometimes it results in adorable little consequences! Six tales of Regency love, each including a bundle of joy. Don’t miss this very special set of books written by your favorite Historical Romance authors!
Meara Platt, Tabetha Waite, Tammy Andresen, Annabelle Anders, Merry Farmer, and Scarlett Scott!
THE DUKE’S SURPRISE by Meara Platt
Cheyne Lyon, Duke of Mar isn’t surprised when his wastrel brother dumps a wife and baby on his doorstep, but Jennifer is intelligent, nurturing, and sweet, just the sort Cheyne could love, if only she wasn’t already taken. When unsavory strangers come around looking for a runaway young lady, Cheyne realizes Jennifer isn’t who she claims to be, and he isn’t about to give her up.
THE SCOT’S BAIRN by Tabetha Waite
Damaris Honeywell suffers from an unwanted betrothal. Her solution? Ruin her reputation. But one night with a handsome Scotsman leads to certain…complications that can’t be ignored. When Callum Murray, Laird O’Donogue encounters her again, he intends to show her that they are meant to be.
EARL OF SIN by Tammy Andresen
The Earl of Sinclair vowed never to marry again. But when a pretty spinster befriends his daughter, he begins to wonder.
THE PERFECT LITTLE MARQUESS by Annabelle Anders
His father dies before turning forty. His oldest brother, the original heir, turns up his toes at the age of two and thirty. And this year, the spare gets shot in a duel at the tender age of eight and twenty. Things aren’t looking good for this third–son–turned–heir. The new duke of Warwick needs to secure the line… And quickly!
THE SUBSTITUTE LOVER by Merry Farmer
Lord Benedict Killian needs an heir of his own blood as fast as possible, but he has no intention of marrying. Disgraced Miss Meg Wallace needs money, and a lot of it, to start a new life. Agreeing to a deal to conceive a child for Benedict to pass off as his own seems like an easy solution for both of their problems. Until the red-hot passion between them proves irresistible.
And…
WOOED IN WINTER by Scarlett Scott
The Marquess of Haven has finally decided to do his duty and settle upon a bride, preferably before the new year begins. What better place to find her than a country house party? There’s just one problem, and she’s the beautiful widow who once owned his heart. Surely there’s no harm in indulging in one night of passion with her to get her out of his mind. But Haven is about to discover old habits are hard to break, especially when the consequences last forever…
Add to Goodreads
Amazon * Apple * B&N * Kobo * Books2Read 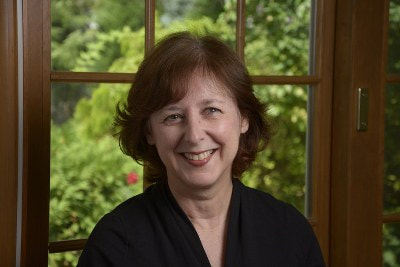 About Meara Platt
Meara Platt is a USA Today bestselling, award winning author, and an Amazon UK All Star. Her Regency romances are infused with humor and heart, and her fantasy/paranormal stories add just enough darkness to keep her readers intrigued. For Meara, romance is a journey of enchantment, so whether you are looking for funny, uplifting escapes in her Farthingales series and Book of Love series, or wish to be transported into edgier, Fae/dragon other worlds (Dark Gardens series), or somewhere inbetween (Braydens series) take the journey and enjoy!
Website * Facebook * Twitter * Pinterest * Bookbub * Amazon * Goodreads 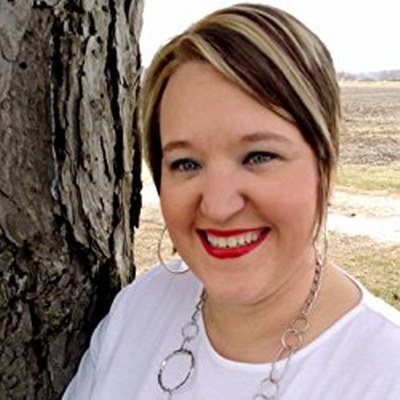 About Tabetha Waite
Tabetha Waite grew up in a small town in Missouri with big dreams of being a published author after her fourth grade teacher said she liked reading her stories. She began her journey by putting pen to paper writing anything from fantasy to mystery, but it wasn’t until she started high school that her grandmother introduced her to the classic, Gothic novels. As her love of romance grew to encompass Harlequins, it wasn’t until she read “Midnight Bride” by Kathleen Drymon did she develop a fascination for historical England. After discovering Jane Austen and the Bronte sisters, she was hooked!
Website * Facebook * Twitter * Instagram * Bookbub * Amazon * Goodreads 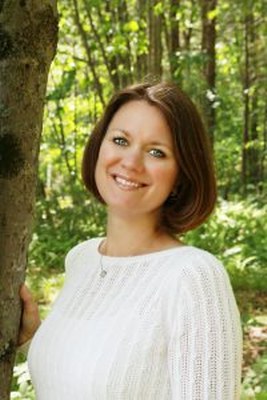 About Tammy Andresen
USA Today Bestselling Author, Tammy Andresen lives with her husband and three children just outside of Boston, Massachusetts. She grew up on the Seacoast of Maine, where she spent countless days dreaming up stories in blueberry fields and among the scrub pines that line the coast. Her mother loved to spin a yarn and Tammy filled many hours listening to her mother retell the classics. It was inevitable that at the age of 18, she headed off to Simmons College, where she studied English literature and education. She never left Massachusetts but some of her heart still resides in Maine and her family visits often.
Website * Facebook * Twitter * Instagram * Goodreads About Annabelle Anders
Married to the same man for over 25 years, I have many experiences to both cherish and learn from. I am also the mother of three amazing children and two sassy miniature wiener dogs. After owning a business and experiencing considerable success, my husband and I got caught in the financial crisis in 2006 and lost everything. I then put my B.A. in Poly Sci to use and took work as a waitress and bartender. Unwilling to give up on a professional life, I simultaneously went back to college and obtained a degree in Energy Management. Shortly after graduation, the energy market dropped off…and then my dog died…yuch! I can only be grateful for this series of unfortunate events, for with nothing to lose and completely demoralized, I sat down and wrote the romance novels which had until then, existed only my imagination. I am happy to have found my place in life…finally. Yay!
Website * Facebook * Twitter * Instagram * Bookbub * Amazon * Goodreads 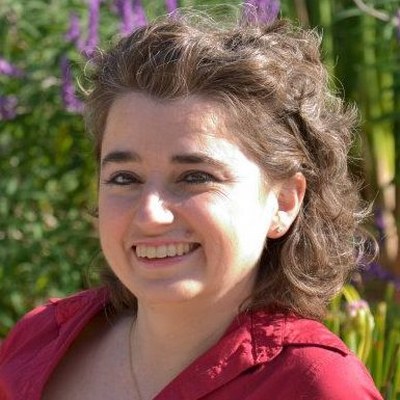 About Merry Farmer
Merry Farmer lives in suburban Philadelphia with her two cats, Torpedo, her grumpy old man, and Justine, the bouncy new baby. She has been writing since she was ten years old and realized she didn’t have to wait for the teacher to assign a creative writing project to write something. It was the best day of her life. Her books have reached the top of Amazon’s charts, and have been named finalists for several prestigious awards, including the RONE Award for indie romance.
Website * Facebook * Instagram * Bookbub * Amazon * Goodreads 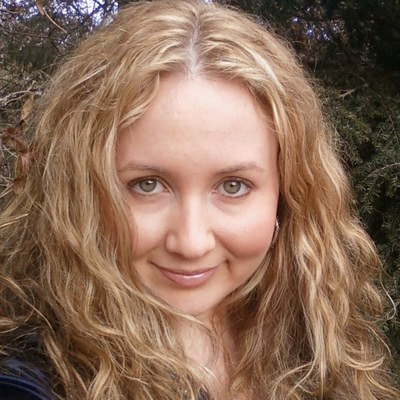 About Scarlett Scott
USA TODAY bestselling author Scarlett Scott writes steamy Victorian and Regency historical romances with strong, intelligent heroines and sexy alpha heroes. She lives in Pennsylvania with her Canadian husband, their adorable identical twins, and one TV-loving dog.
A self-professed literary junkie and nerd, she loves reading anything but especially romance novels, poetry, and Middle English verse. When she’s not writing, reading, wrangling kids, or indulging in her inappropriate sense of humor, you can catch up with her on her website www.scarlettscottauthor.com. Hearing from readers never fails to make her day.
Website * Facebook * Twitter * Instagram * Bookbub * Amazon * Goodreads