These are minor irritations for me but if I were in charge, I’d make a law. 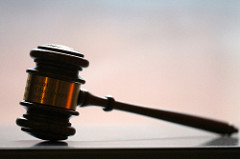 If you’re muffler isn’t working, you drive a loud vehicle, or your window doesn’t roll up and down, you shall not drive thru.  If you haven’t a damn clue what you want to eat, don’t get in line until you do – especially in drive thru.
While I’m trying not to drive thru for meals, I still do on occasion drive thru different restaurants.  It is super annoying when a vehicle in line is super loud.  It’s happened with motorcycles where their thrump thrump thrump is purposeful and with old vehicles which don’t have good mufflers and purposefully with souped up cars and trucks.  You want to blow out your hearing – great go for it.  However, those taking the orders and others in line don’t want to have to deal with it.  Don’t drive through.
Noise is noise.  It can’t be escaped from but at the same time, don’t infringe on other people’s lives with your noise.  This is the same with your music, tv, and other loud things in the house (even people).  Don’t put your dog out and let him bark at all hours of the night.
I don’t expect people to be nice.  I think our society has lost most of their manners.  I watched a video on Facebook where this woman asked about a book which the bookstore did not have in store but could get online.  She proceeded to have a meltdown getting louder and louder and more annoying with each word.  She was like a two year old stomping her feet to get her own way except she was a grown ass woman.
There are a lot of people who are polite – I know a lot of people.  Then there are the people who air their dirty laundry on social media.  Really, the world does not need to know that your boyfriend/husband, girlfriend/wife or whatever other relationship did you wrong.  It’s probably only wrong in your mind.  Here’s a thought – go to said person you are annoyed with and tell them.  Act like a polite adult and work out your problems not in the public forum.
I know it’s hoping for too much but really can we the regular people in the country try to behave better than the leaders?  Probably but I can hope…