Ken went off to visit the girls and I’m just back from dropping him at the airport.  I get to be home alone for the next week!  I am very excited about this as I plan to WRITE until my fingers fall off. 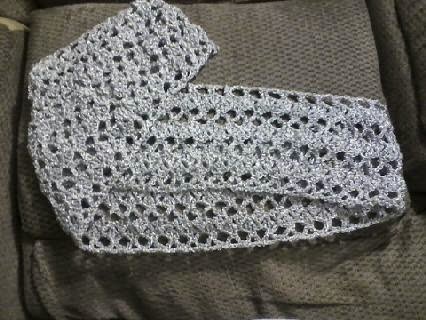 I sent Ken with goodies for the girls.  I’ve been crocheting for them for the last two weeks.  They got two scarves and something like twenty six coasters.  Virginia requested the purple and gray combo and then Stephanie sent me her color choices. 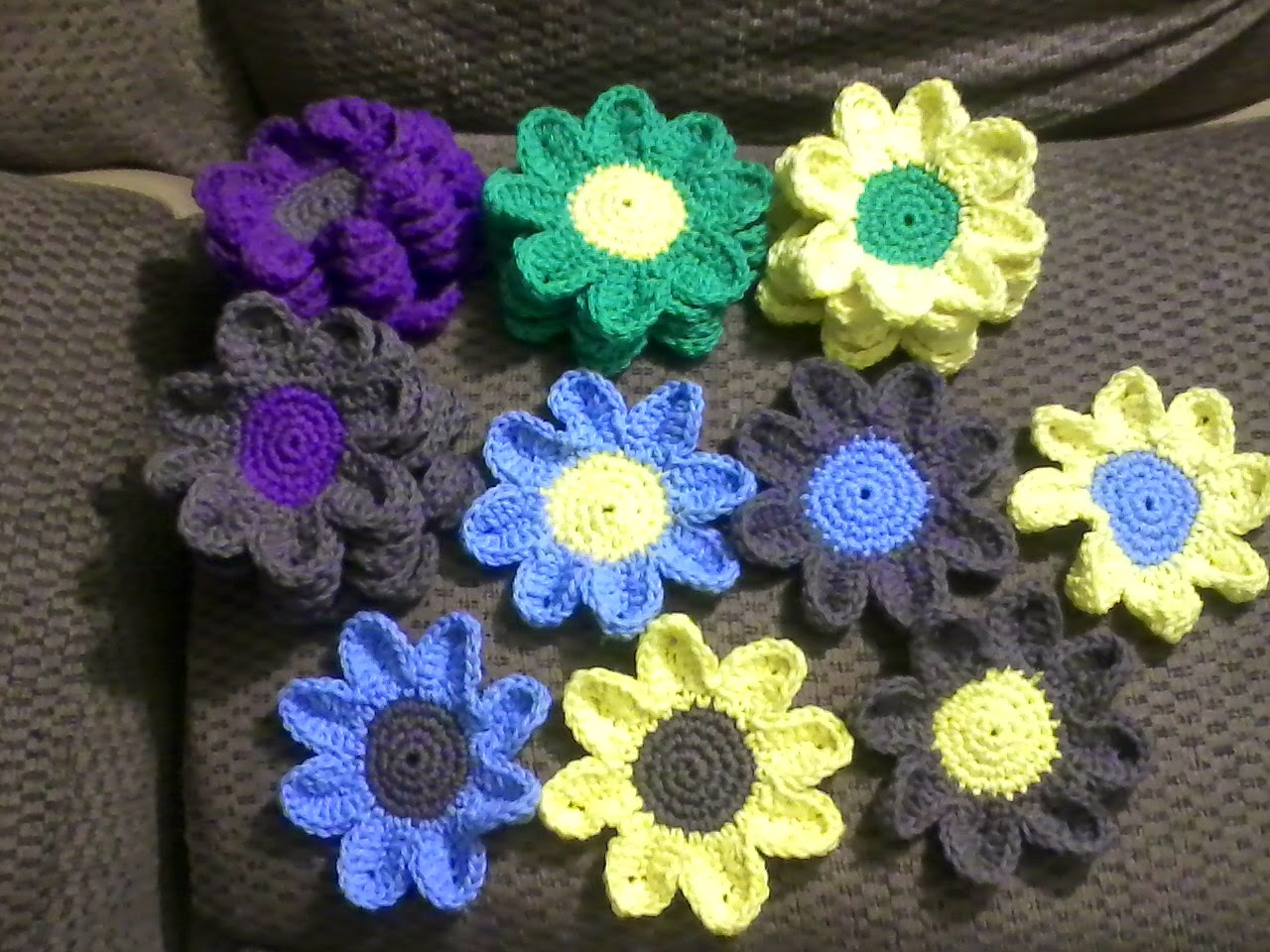 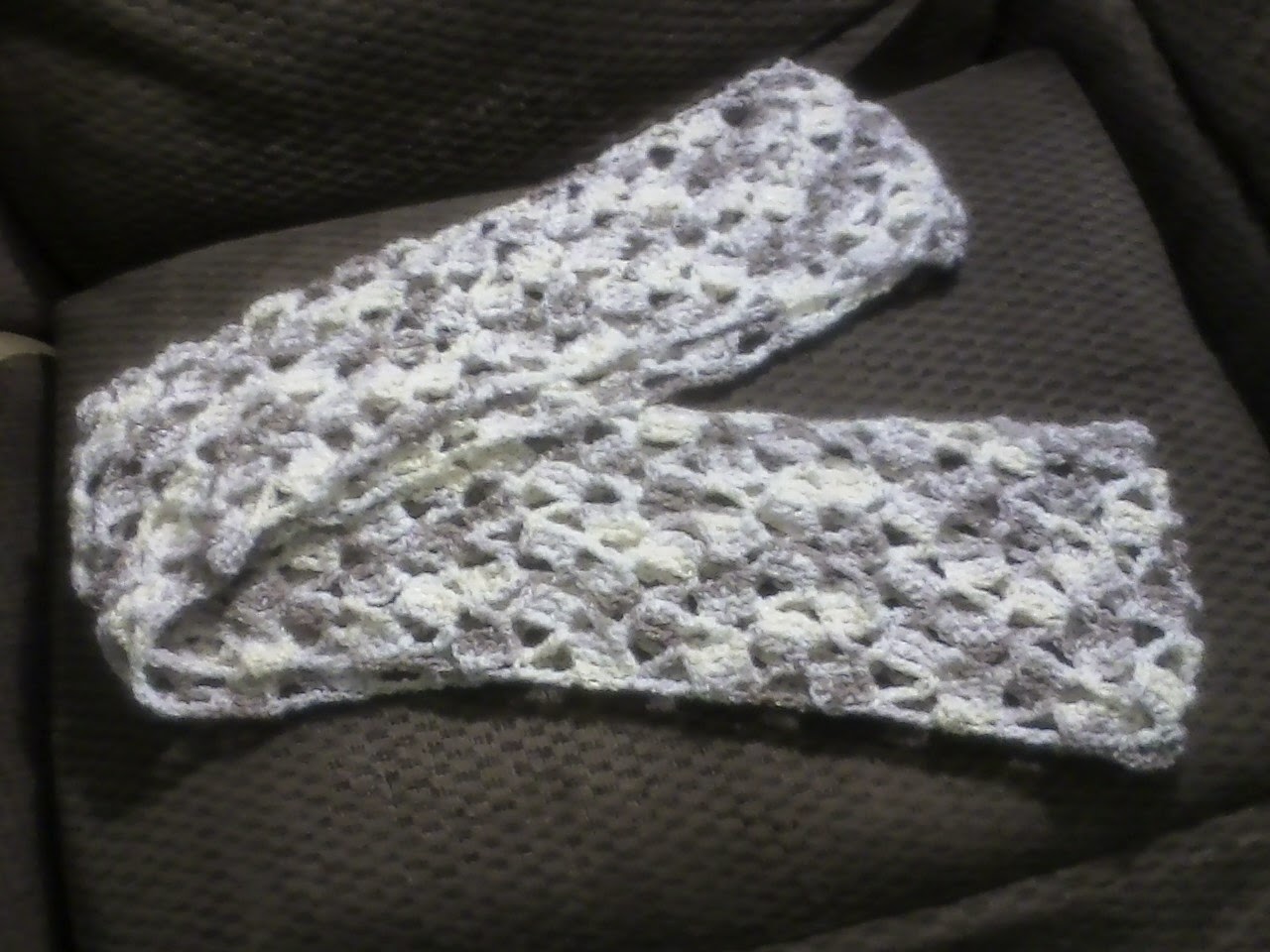 I got baby yarn for the scarves so it would make a nice light scarf.  They both turned out beautifully.  I LOVE the yarn and will be purchasing it again.

Now their stuff is done, I have to turn to my other projects.  I have a scarf I’m working on for Vicki which is almost done.  When it’s done I’ll be working on the gifts for my student workers and my niece who is getting married.  I have four gifts to get done by beginning of May and one by July.

While I’m alone this week though I’m going to focus on writing.  My short story didn’t place for the contest I sent it to but I think it’s good enough to publish so I’m going to polish it up some more, add a couple more scenes and put it out there for purchase.  For the rough draft, I have two or three more scenes to write and then it can go in the editing pile.

I just finished writing Murder Next Door.  I know exactly what I want for a cover (I think) so I have to figure out if I can get a photo of it or if I will try to get a picture (drawn) for it.

This week I have three things I want to get done – Wayfarer Aegis (which is just the two or three scenes), the Defenders third book, and the Wayfarer sixth book.  All three projects are started and in varying degrees of being written.  I just need to finish them.

On the drive home, I tried to settle into one of the stories to see if I could plot out the first steps.  I think the Aegis is going to be the first one.  Part of that is because it is so close to being done.  I need to write about so little to polish it off and then I think I can send it to my test readers.  If they don’t have any problems with it, I can start the editing process and get it out for publication.  The other two are going to be longer and more complicated to write, edit and publish.

Enough with sharing for now.  I’m on to writing.  Adara and the Aegis here I come.