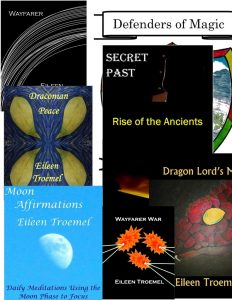 I’ve been working on a story almost non-stop for several months.  I like how it’s developing.  I like how it changed from what I thought it was going to be.  It was flowing nicely and then life got complicated.

As is usually the case, my brain can only handle so many tasks and then it rebels.  In this case, every time I open my document, I read through, do edits, and come to the end.  I may write a paragraph or two or even as much as a scene but then blank.  The problem – so many things on my to do list.

I separate my life into segments.  There’s the business of writing which involves marketing, prepping for publication, creating covers, and so on; writing; crocheting; editing (paid or for myself) and then other.  Obviously I’m not including personal here because that is always ongoing.

My process is always affected by how much I have going on in these sectors.  I can write and write and write until I have three or four or more manuscripts waiting to be edited.  There’s a tipping point.  I think the most I had at one point was six.  Then I switch from writing (incessantly) to editing.  Some of these things go on no matter what – like the marketing.  I try to do some every day.  At the same time I’m looking at crocheting as well.  I want to do a sale in December but I’m trying to judge whether I will have enough time to make enough for a sale or not.  Then the question becomes would my books draw enough money to make a profit after I pay for the table.  Initially I was thinking of having both my books and my crocheting but I am not sure at this point.  I feel I need to make a decision soon.

The only way that decision is going to get made is if I get a couple of my current crochet projects done and off my plate.  This would mean a few nights a week I would devote to crocheting items for the sale.  Part of the problem is I don’t know how much and what to make.  I’d rather have too much than too little.  So many things rolling around in my head.

Right now, I’m trying to focus on getting stuff done.  I had stalled on one item I was working on because I didn’t like the options I had for part of the project.  Last night I figured out what I liked and wanted.  Now I have to check to make sure the end user will like it as well.  Then it’s a matter of finishing that part and figuring out one more part.  Once it’s done, I need to take pictures and send it off for submission to a publication.  I’m hoping to finish it tonight or tomorrow night.  Then I’m back on the blanket I’ve been working on.

I’ve got a book I’ve been keeping track of things in.  I realized I wasn’t carrying it and it was causing problems because I wasn’t keeping up with things.  It is now back in my backpack to help keep me on track – I hope.

I finished a read through on Wayfarer Resolve – which I wanted published in August but it wasn’t ready.  I want to wait a day or three to let it settle, then I will do one more read through before I work on publishing.  I’m hoping before the end of September at this point.