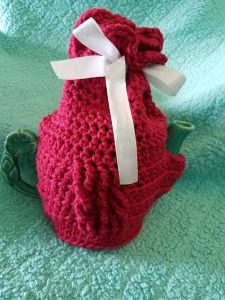 I’ve got three more days of work before I have eleven off.  I swear someone has slowed time just to torment me.  I really want it to be Friday so I can get started with the time off.

I’ve got Wild Magic 2 in the edit phase which I need to enter the edits I’ve done on the computer.  Do a read through and then probably print out and edit again.

Seven Sisters – working title – is also in the works.  I want to finish writing this so I can move it to the editing pile.  Sequels are pushing at me.  One is a longer one which will take time but the other will take a little more plotting out – maybe.  Generally I don’t plot things out because I never end up where I’ve plotted things.

As well as the writing projects, I have piles and piles of photo albums I need to work through in order to get them online for the family.  I’m talking hundreds I think and probably thousands of photos.  I will not be scanning every single photo but I do want to get the family pictures and a sampling of mom’s photography.  After the albums are done, we  have the same amount of slides which we will have to deal with.

Now I know all of that won’t get done over my time off but I want to make a start.  I’m hoping I can make a dent and do a few a weekend or something like that.  I’ll have to set up a system.

The holidays are approaching.  I’m not interested. I don’t know any other way to say it.  When I think of the holidays it makes me sad.  This leads to grumpy.  I’m trying not to think about it but… In a good year I have issues at the holidays and this has not been a good year.

I’ve been working on Christmas gifts / holiday items for crocheting.  I got a number of them done but I have two skeins of yarn I want to make up – mostly because I have a bunch of crochet patterns which I want to publish and these skeins will fit nicely with them.  I also think I have people who may want them.

Now if they don’t take them, I will be doing a City Market at the Whitewater Library (I hope) in January (and possibly other months).  I can always put them on the table to sell for that event.  I think though they will get snapped up before then.  I have one more pair of slippers to get done before Christmas day.  I need a break from them though as I did a bunch.  I find them tedious and annoying.  For some reason, I can usually only do about half a slipper at each sitting.

Right now I have to get pictures of two projects – can’t talk about the one as it’s a gift.  Once I get those pictures, I need to ship the one out.  The other gift will be hand delivered.  I LOVE how the two projects turned out and can’t wait to share the patterns.