Readers are key to being a successful writer.  Readers are the ones who write reviews.  Readers spend their hard earned money to buy a book.  In recognition of this, I’m running three giveaways on Goodreads right now.

Wayfarer (click on the name to go to the giveaway) 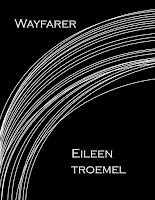 Adara Stone youngest pilot in the Interstellar Planets Union survived one ship’s destruction only to be treated like a jinx.  Being half human and half Wayfarer, she’s always been set apart.  Adara covets being in space and the Pritchard.  She loves the feel of the ship in her hands.  Captain Decker Flannery thinks she’s too young, too solitary, and too sexy to be on his ship.  He needs a third pilot so he has no choice.  Flannery finds fault in every action Adara takes but at the same time finds himself drawn.  He doesn’t like other people touching her and he finds himself protective and attracted.  Adara’s past puts her and her crew in danger.  She fears her “jinx” will harm those she’s come to love but they love her and are willing to fight to protect her.  In the end, Adara finds a home and a family.

Secret Past  (click on the name to go to the giveaway) 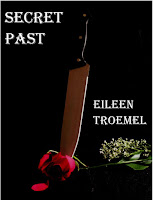 Waiting in line at the bank, Nick and Dee are thrown together during a bank robbery. Instantly attracted Dee can’t resist family-oriented Nick. Dee has secrets – deadly secrets which private eye Nick stirs up.  He must know all her secrets.  To survive Dee must run but can’t leave Nick. Nick escapes with her. Nick has to earn her trust as Dee realizes she is strong enough to face her Secret Past.

Moon Affirmations (click on the name to go to the giveaway)

Moon Affirmations is a meditation self help book geared around the cycle of the moon.  Using the moon’s energy, the reader can focus on issues in their lives.  For each chapter, there is a brief description of the moon cycle along with an affirming poem and a guided meditation for each day of the phase.