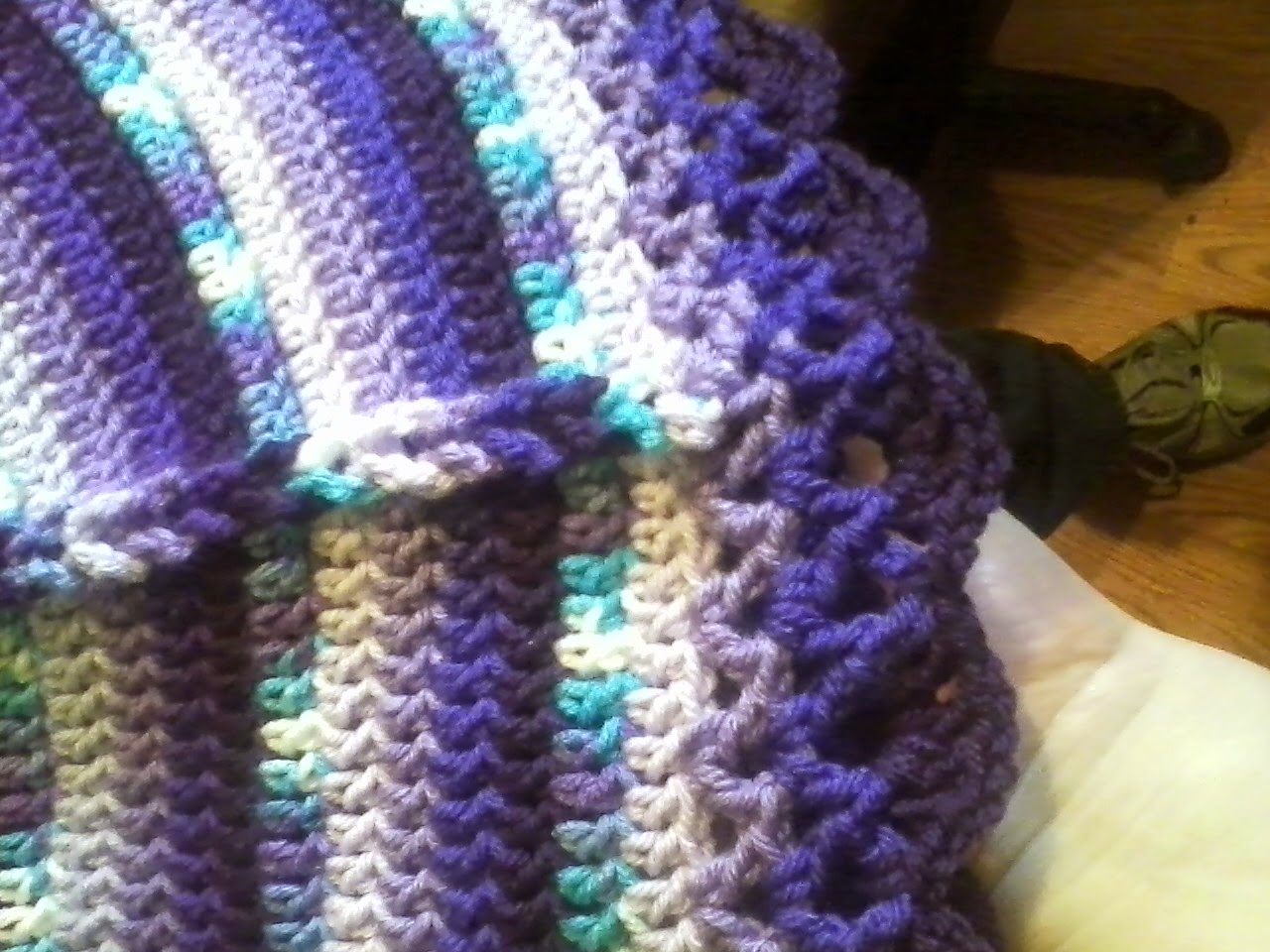 This morning at 2:15 I finished the afghan!  After work, I had a headache so came home to a dark room.  It felt good to just have quiet and dark.  I was a bit annoyed because I thought I wouldn’t be able to work on the afghan. 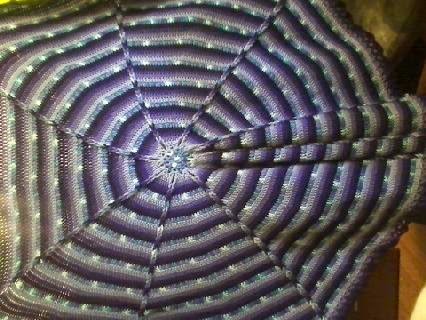 However, after supper my head felt better so I picked up the afghan.  I only intended to work a bit and then go to bed early as I’ve had a couple of nights with crappy sleep.  Instead, I watched Torchwood and crocheted until the afghan was done.
I’ve made a late start today but I’m okay with that because the afghan is done and I can move on to the next crochet project.  Before I start the next crochet project, I’m going to spend some time on the computer working on production for some of my books.
Suzanne got me pictures for the next poetry book cover.  I have to take some time to see if they will work.  She sent me multiple pictures.  This means I have to pick the ones I think will make the best cover and play with it to see if it will fit the requirements and work up into a good cover.  I generally make four or five and email them off to people for opinions.  Once people let me know what they like and don’t like, I eliminate until I’m down to THE cover for the book.
This all takes time and is one of the most time consuming.  It is also one of the most difficult decisions I make when it comes to my books.  Suzanne provides me with some amazing photos and I have a hard time narrowing it down to just one.  There are a multitude of decisions like font style and color, placement, size, and so on that all affect how the book looks.  Since there are almost limitless options for these decisions I try to be consistent but it still helps me to have other people’s opinions.
Don’t think I’m indecisive.  I have a good eye for color combinations and other stylistic features but too often I’m just too close to it all.  This is where other people’s opinions help me.  It isn’t just a matter of them choosing cover A or B.  It is a matter of telling me what works and what doesn’t work in the covers.
Suzanne and my daughters are the four people I trust most but I’ve also asked other people to.  The interesting thing from this is generally one cover stands out as getting a consensus of being the front runner.  For Secret Past, I had opinions from at least a dozen people and they all liked the one cover – the one I went with – the best.
This means my day will consist of cover design, errands, and starting a new crochet project.  It will be a full day but hopefully a productive one.  Finally – the neverending afghan – is DONE!!!