This is of course the variation on what I did over the summer.  I didn’t even wait for the actual spring break to start.  Friday the week before I left work at 10:30 and headed for home.  Alex met me at my house and I finished getting packed.  He loaded the van.  We hit the road about noon I think.

Our drive down was long.  With Alex driving, we went through Chicago – downtown Chicago.  I don’t like to go that way but as passenger I don’t get to pick.  Alex thought it would be shorter and mileage wise it was.  Time wise it ended up taking us like seven hours to get there.

Vicki fed us on arrival and Alex unloaded the car.  Everyone has made fun of my craft bag that I took but I did get to a good bit of my crocheting.

I’ve been playing with lace patterns.  I’m not big on working with thread so I’ve been using different threads to make lace projects.  One of them was a lace purple sparkle scarf which I gave to Vicki on Friday:

Friday and Saturday I worked on scarves.  Here are a couple of pictures of the different ones I made:

Vicki and I went to JoAnn Fabrics on Saturday and got some great deals.  They had yarn on sale and I tried out two new ones that I discovered I loved – Red Heart Shimmer which is a smaller yarn and soft.  It is easy to work with and sparkly which is always fun.  The other yarn was Deborah Norville Serenity Chunky – crayon box.  It is a heavy yarn and the colors were stunning – bright and fun.

Now in case you haven’t heard this before when I get new yarn I want to dive in and start creating with that new yarn.  I had new yarn from the shopping trip and I had new yarn that Vicki had sent to me (but wouldn’t let me touch – it was TORTURE!).  Friday and Saturday I worked on ruffle scarves.  These are quick and easy projects.  Of the haul of yarn, Vicki picked out the ones she wanted so I just sat and worked on scarves.

I could not resist the new yarn I’d purchased and started with the Crayon Box to make a hat, scarf and wristers.  The array of colors were just stunning and both Vicki and I loved how these turned out. 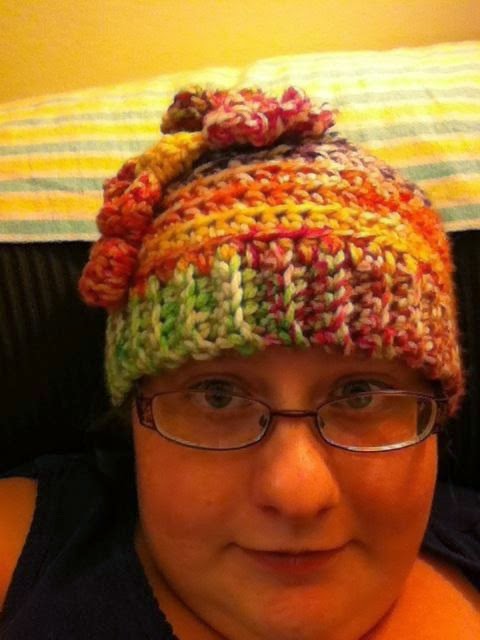 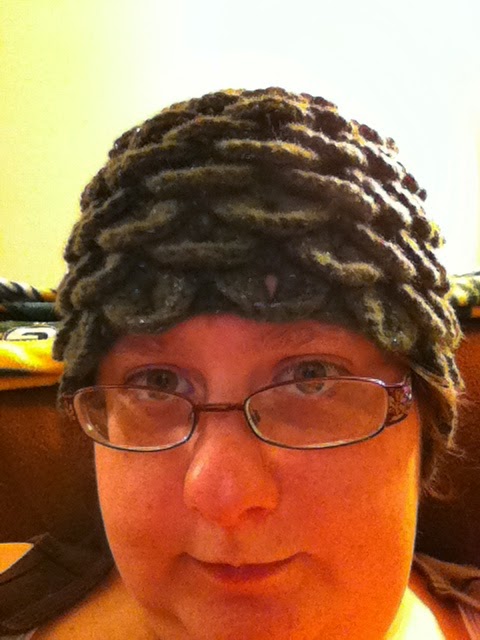 I’ve also been putting off making slippers for her.  I’ve had the pattern for months but the yarn she wanted me to use was thicker and heavier than the pattern called for so I had to make adjustments.  I stayed up until three in the morning one night and finished her slippers.

In addition to all of Vicki’s stuff, I worked on kitchen sets for two of my nieces.  Dish towels, dish clothes, sponges, and pot holders for both sets.

When I left Vicki’s, my craft bag was significantly lighter – mostly because Vicki kept a lot of the items I made.  This last Friday on the drive home I worked on mesh bags and make up pads for myself.  I got those done on the drive.  Saturday Ken and I helped a friend move.  I drove and he packed the van.  While sitting in the van, I worked on potholders.  I got four of them done yesterday and today. 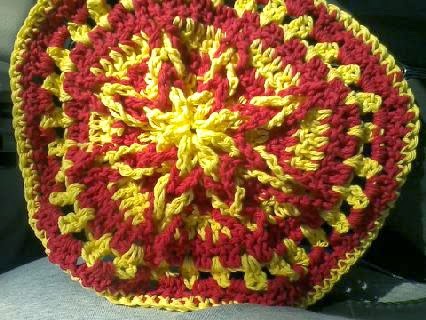 I also worked on Vicki’s afghan.  It is octagonal and takes a long time to do one row.  However, I did work on it and got several rows completed. 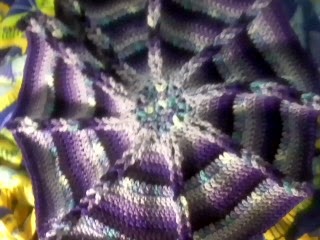 Today I worked on a solution for Vicki.  She has to put Tiger Balm on her back.  Unfortunately she can’t really reach where the lotion has to go.  In order to reach it she is using her back scratcher.  However, she is concerned about the balm having an affect on the wood.  So I crocheted her a cover for it so she can put the balm on the crochet cotton to go over the top of it.  I’ll be mailing it to her this week.

In total, I’ve made the following:

In addition to the crocheting, I made homemade pizza and meatballs for Vicki as well as putting tiger balm on her shoulder daily and cooking the meals with Alex.  It was a GREAT week, very relaxing and productive. 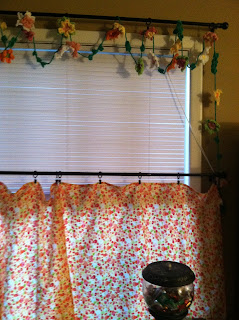 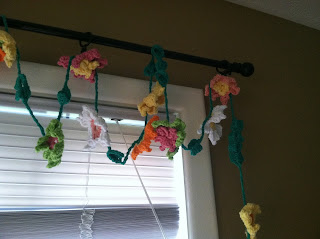 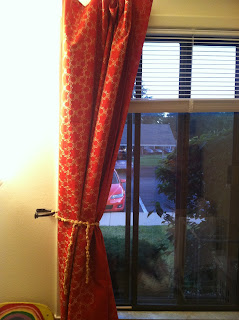 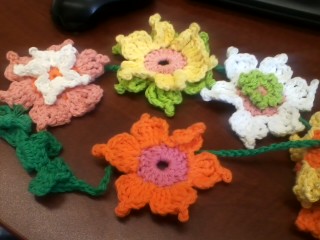 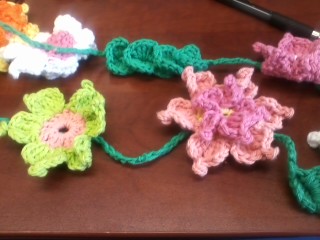 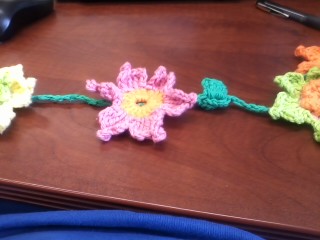 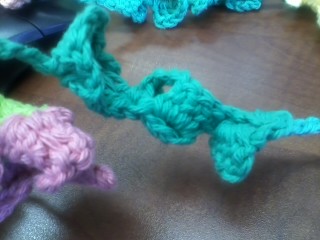 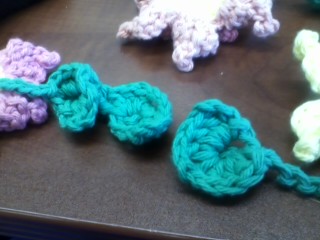 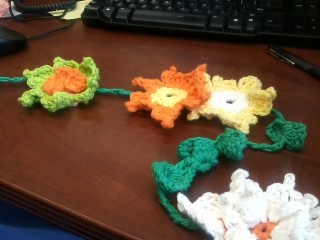 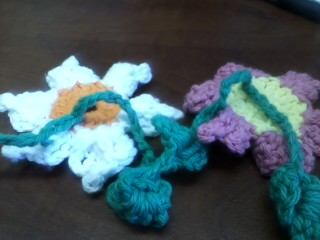 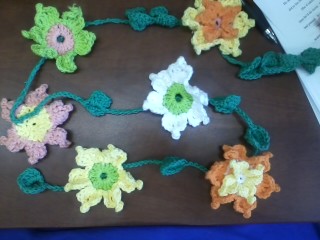