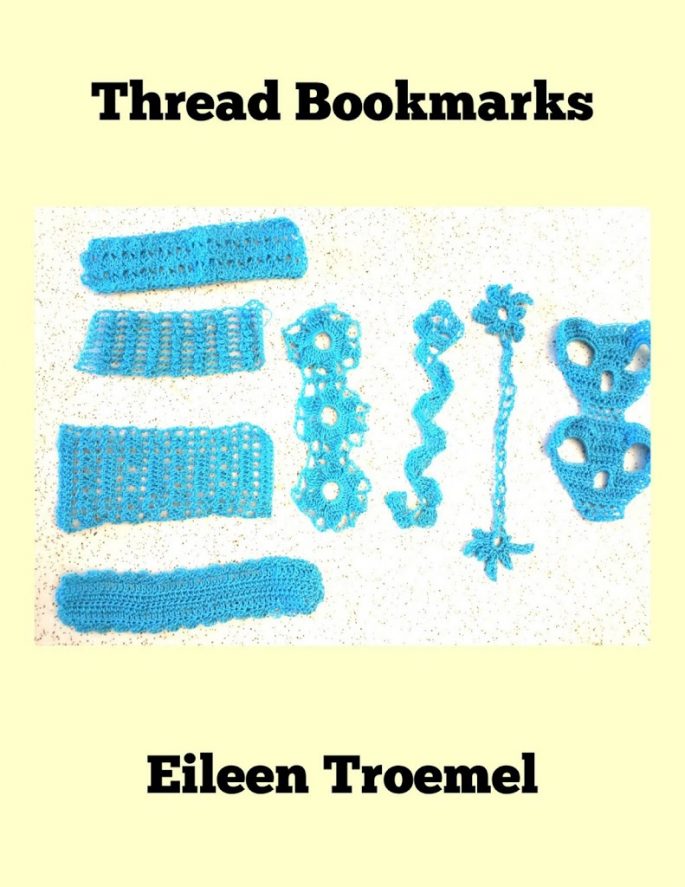 There are six new crochet patterns available on Amazon and Smashwords.  They will be available more places in a couple of days.  These have been done patterns but I just haven’t had time to go through all the steps for publishing.  I hope you like them. 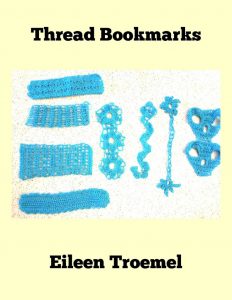 Thread Bookmarks
Need a small gift? Looking for items to make for a craft fair? Try these eight easy bookmarks. Made with crochet cotton, they work up quick allowing you to build inventory.
Amazon
Smashwords 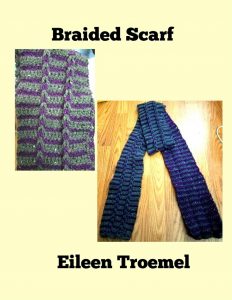 Braided Scarf
For the beginner, this pattern is easy to assemble while offering a stunning end product. The chain group weaves into a braided look for this extra long scarf.
Amazon
Smashwords 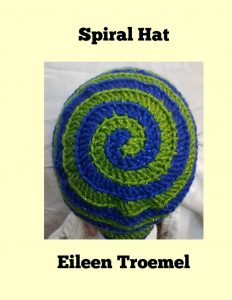 Spiral Hat
Round and round you go, working two colors in tandem. This styling hat is warm and fun.
Amazon
Smashwords 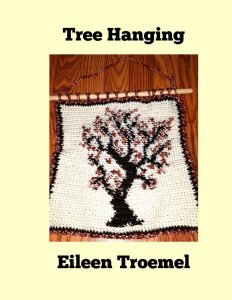 Made with single crochet, this wall hanging adds a seasonal touch to any room. Use the copper (as shown) for a fall flare, or green for a summer flare. Use white or silver for a winter look and spring, simply add some small light green French knots.
​​Amazon
Smashwords 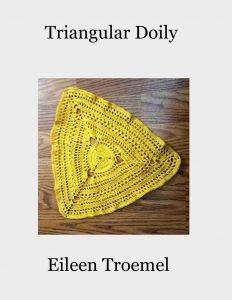 Triangular Doily
Light and different, this doily works up nicely to provide a beautiful decoration for any room. Worked in crochet cotton size 10, this is durable as well as decorative.
Amazon
Smashwords 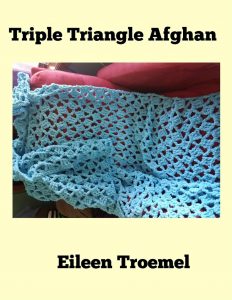 Triple Triangle Afghan
Worked with triple crochets, this works up in under twelve hours.  The pattern is easy for the beginner and makes a beautiful blanket for your home or as a gift.
​Amazon
Smashwords 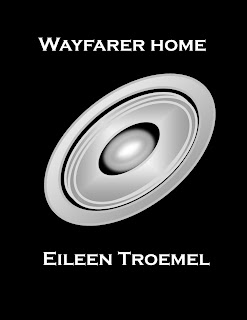 Wayfarer Home is now available on Amazon and Smashwords.  This is the next installment of Adara and Decker’s story.  Here is a brief synopsis of the story:

Building a new society, Adara struggles with all the responsibilities on her shoulders.  An uncomfortable ship, seven months pregnant and a saboteur create an intolerable situation.  Teamwork and drawing on all resources, including the children, helps get all the tasks done and sets a precedent on how they move forward as they travel to their new home.
I’m excited for this to be published.  I love the new step the story has taken and am excited for the next book.  Wayfarer War is next and should be out in March or April.
In addition to publishing this, I’ve been crocheting a lot.  I don’t know if the crochet did it but I’ve on the bench when it comes to crocheting right now.  I’ve been working on thread projects which have always been tough for me and two days ago I realized my middle finger on my right hand (the one that holds the teeny tiny hook) has swollen.  I can’t get my ring on it and it hurts to bend it.  This means crocheting is on hold.  I’m annoyed with this because I have several projects I’m trying to get done for my daughters.
On the plus side, I’ve made my first doily with no pattern.  I really enjoyed working it up.  I’ve always thought doing this would be a numbers thing but I’m going on purely design rather than numbers.  I won’t be publishing this one – maybe.  It’s gorgeous but I haven’t written down any of the rounds.
I do have two new patterns I am working on to publish.  I hope to get those ready soon, maybe a week or two.  One is a lovely warm winter scarf and one is a hat, scarf, wristers set.  Next will be a blanket which I’m working on – or was until my hand became an issue.  I’ll rest it but it is going to be hard.  Yesterday Vicki was knitting and I was just sitting there.  I found myself very impatient and annoyed and realized it was because I couldn’t crochet.