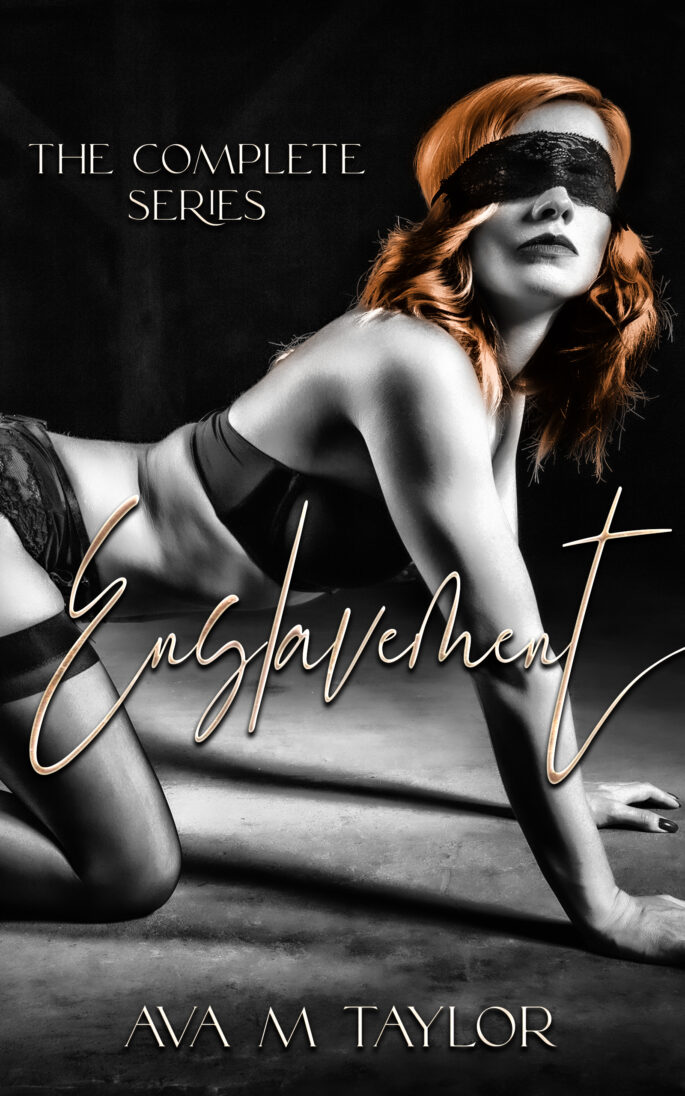 This series has been updated with a new edit and new cover.

Tired of walking around with a hard on, Liam buys two women, one for his crew and one for himself.  Cilla, meant to satisfy his men, is willing and eager to earn her clothes.  Velin, meant for Liam, is unwilling.  Can Liam persuade her?

Liam taught Velin the pleasures of sexual arousal and satisfaction.  She still feared the pain of being forced.  An encounter with Doc teaches Velin she has power when it comes to the men. Discovering this power, Velin changes from slave to master.  Now the men will do anything to be with her.  Who’s the slave now?

After a year with their men, Cilla and Velin delight in the intimate encounters with Cliff, Phips, Skarn, Doc and Liam.  Liam likes to watch the others have sex.  He’d like to watch Velin have sex with the other men but she’s still afraid.

An intimate interaction Velin and Liam watch as Cilla takes over the rest of the men.  She controls the rhythm and encounter completely as her men worship her.  Velin sees the power but her fear holds her back.

Cilla and the men want to have all of them together in an intimate, sensual engagement but Velin is reticent.  She attempts to overcome her fear by allowing Liam to watch her with each of the men.  Will Velin overcome her fear to allow all seven of them to enjoy each other?