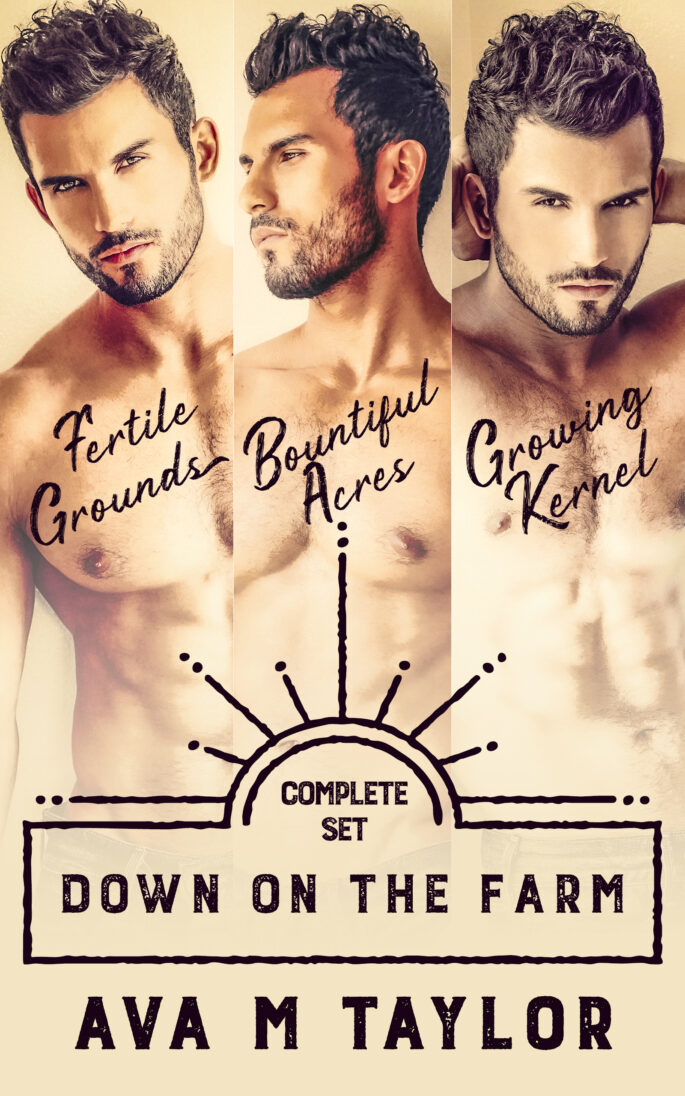 Down on the Farm is one of my Ava M Taylor series. In doing some updating, I’ve tweaked the pen name I’m using and I’ve edited and updated the following stories:

Three stories about Ford and Daisy.  Fertile Grounds – Daisy is forced off the road on a rainy day by a calf.  Hunky farmer, Ford rescues her.  He carries her to his breeding barn where he explores her curves and plunders deep into her heat.  Bountiful Acres – Ford and Daisy explore all the freedom of living with no nearby neighbors.  While working in his tractor, Daisy fulfills Ford’s fantasies by letting him strip her naked and devour her.  Growing Kernel – Ford has a surprise for Daisy he worked on all day.  When she shows up, she has a surprise of her own.  Their time in the breeding barn and all the other times since, has planted their own little kernel.

You can buy these separately – Fertile Grounds, Bountiful Acres, and Growing Kernal or get all three in one in Down on the Farm. Down on the Farm is available through Kindle Unlimited.