Skip to content
It’s been a lovely six weeks.  It started with laryngitis, moved on to a kidney stone, and then the flu.  I hoped it was done but now I have upper respiratory crud which includes crud in my lungs.  Breathing takes a lot of effort.  The alternative – well not acceptable.

My frustration is I want to write!  I have recently finished two manuscripts (they are in the editing pile with two others).  I have several other stories all pushing at me.  All I want to do is write but when I’m struggling to breath and coughing so much everything hurts, I struggle to put words together.

I’ve done the responsible thing – gone to the doctor and gotten antibiotic.  Now I’m have to give myself time to heal and rest.  I’ve got stories pushing at me – one I thought was going to be a light and easy story but it very quickly turned into a much more complex story than I expected.  I’m not sure I like it.  In fact, I considered deleting everything I’d written beyond the opening scene but I found myself hesitating.

I’m going to get better.  This upper respiratory crap will go away and I’ll feel better.  In the meanwhile I’m going to let the characters whisper in my head and see what stories wind up on the pages.  The worst that can happen?  I have to do a rewrite.  With any luck by the time I shift back to crochet mode, I’ll have finished several manuscripts and I can work on editing and publishing.

Last Saturday my husband came down with the flu.  Sunday we were supposed to go to Paint Nite and we had to find a replacement for him.  Vicki and I enjoyed but she came home with a headache.  She thought it was due to the flickering fluorescent light we sat by but no, she had the flu.  By Monday I had the flu. 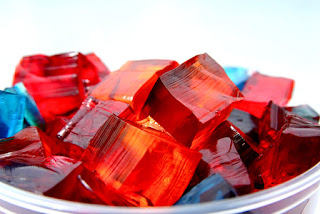 On Wednesday I thought I was over it.  I went back to work feeling like a thoroughly run out rag.  I got caught up on emails, my day progressed but I still felt this overwhelming exhaustion.  Right before lunch I was sitting at my desk and everything closed in around me.  I couldn’t breath, my vision blurred, sweat broke out on my forehead.  I felt suddenly hot but cold and clammy at the same time.

The flu wasn’t gone.  I managed to get home and stayed home for the rest of the week.  I’m not going to talk about the gastrointestinal issues, my experience was less severe than either my husband or my daughter.  Still food and I were not friends.

Tuesday I had taken my daughter to the doctor and we stopped to get what I’ll call flu food which included jello, applesauce, fruit and ice water.  All last week that is the only thing I ate and in small portions.  Friday night, I tried real food again which was iffy but yesterday I ate real food again.

Now I have all these cravings but I know better than to jump in to eat hot dogs, burgers, pizza and all the other things I’ve been craving.  Simple food building back to the other stuff so there is no repeat of the crud.

Last Sunday I came down with the flu.  It knocked me on my bum for a few days before I went back to work.  Wednesday I went to work and came home feeling wrung out.  My normal schedule is busy.  I work my day job and come home and do either crocheting while listening to audio books or writing.  This last week I’ve done nothing.

Ken goes to bed early, normally I pick up something and work on it.  This week, I’ve done nothing more than watch HGTV.  Now I’ve enjoyed Property Brothers and Income Property and a couple of other shows.  Last night I realized how bored I was just sitting in my recliner and watching tv.  Friday night I called different people to chat but they were busy.  I realized the reason I was reaching out was because I’d accomplished NOTHING all week.

Yesterday was a busy day with grocery shopping and taxes.  It was a frustrating day working on taxes but they are done and hopefully I won’t have to think about them for another year.  Ken and I were wiped out after doing our taxes.  We watched Babylon 5 and the new Librarians show.  Both were enjoyable but by the time he went to bed I was restless.

This morning my plan was to get up and hit the computer with production of a short story.  Unfortunately, I woke up with a leg that decided it wanted to be cranky.  I’ve spent the last hour and half checking emails, playing on pinterest, and now writing this blog.  In that time, the Tylenol has had a chance to go to work and ease some of the issues I was having.  I’ll be hitting the other computer to work on production today.

I’ve got a long list of things I want to get done today – production of short story, three manuscripts to edit, crocheting to do, and more.  I know I won’t get through all of it but I will make a start on it.

It hasn’t been a completely unproductive week.  I upgraded my cell phone to a smart phone and this week I’ve gotten to know something of what the thing can do – I like some of it and most of it I don’t care about.  I’ve rested and recuperated which I obviously needed.  Now though my brain is crying out for more to do than watch tv.  It’s time for progress to be made on other things than the recovery from the flu.

Sunday morning I woke up at 4 with a crabby tummy and aching everywhere.  I went back to sleep hoping to feel better with more sleep.  No such luck.  I had a list of things I wanted to get done and none of them got done.  Progressively throughout the day I got worse and worse.  I’ll spare the details as it wasn’t pretty.

I had the flu.  I’ve not had it in years and years so I guess it was my turn.  It knocked me on my bum to say the least.  I was home yesterday all day and did nothing more than sleep and watch tv.  I felt like a slug and the thought of food was awful.  Apples were okay, the tang of them was good and didn’t seem to set off my stomach.

Ken’s ring bologna for supper did not sit well.  I can’t eat it because it has too much fat in it so even if I hadn’t been sick I wouldn’t have eaten it but the smell of it was at the same time tantalizing and nauseating.

Yesterday I managed an apple or maybe two, crackers, a popsicle and water.  Today I feel less tired and more human.  I managed to get up and showered but after that I was wiped out.  I feel like I ran a marathon.  At some point I suppose I have to think about food.  Ken will be home in a couple house so if nothing else, I will wait for him.  I’m not in any hurry to upset the calm that has finally returned.

Tomorrow I go back to work barring any relapses.  I realized last night I missed a meeting yesterday that was important so it will be interesting to find out the result of it or if they opted to reschedule.  Mostly I just want a nap.  I might have to take one.