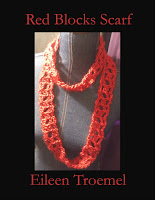 Seven crochet patterns have been published!  I’m thrilled to have finally had time to get them out.  These have been on my todo list for quite some time. 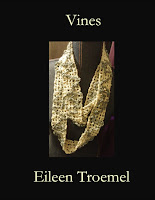 I was off work yesterday and was going to do it then but I’ve got upper respiratory crud on top of my gout flaring.  I slept most of the day – not even crocheting until evening. 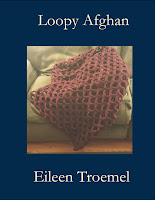 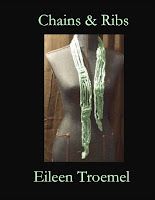 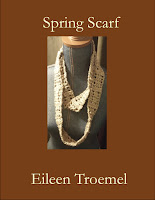 Last night I was trying to sleep and couldn’t breath.  I tried different levels of reclining but realized none of them were going to work.  I also tried having a cloth with eucalyptus, lavender, and rosemary on it to inhale but I couldn’t get any air through my nose.  Eventually I got up and took a hot shower with the essential oils.  It helped a lot until I sat down to sleep again.  It was after 2 am before I got to sleep though.

Sadly, Ken has the same crud so we are both struggling to accomplish anything other than breathing, coughing, and surviving. 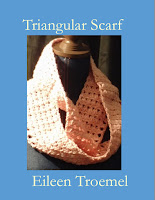 I’ve been working on an afghan for my youngest daughter.  I’ve got it about half done but I need to have Ken hold it up so I can see it.  I think the graph caused a flaw and I need someone to hold it while I look to see if I have to rip out some rows and adjust so it looks right.  It is a corner to corner graphgan. 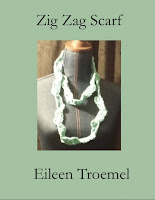 For those who don’t speak crochet, this means I’m working from one corner to the opposite – diagonally across the piece.  It also means I’ve taken a picture and made it into a graph.  This happens to be the Packer’s G symbol.  The issue is the G is surrounded by a circle which is difficult to do on an afghan.  When I looked at it last night, I thought the circle part wasn’t quite right but I double checked my row against my graph and they match.

The next step is to decide if I need to adjust the graph / pattern based on how it looks.  I might but I need to see it held out and a little away from me.  I can’t really do that – so Ken will hold it up for me.

The rest of today will be spent napping and crocheting until the daughter gets home.  Once she’s home, we will see what happens.  It depends on what she needs / wants.  Unfortunately, she has the same crud we have.

For the crochet patterns I published today go to my web site to find links.  The Amazon links aren’t up yet but should be by Monday or Tuesday.  My todo list is still quite long but at least I made progress.

Sunday morning I woke up at 4 with a crabby tummy and aching everywhere.  I went back to sleep hoping to feel better with more sleep.  No such luck.  I had a list of things I wanted to get done and none of them got done.  Progressively throughout the day I got worse and worse.  I’ll spare the details as it wasn’t pretty.

I had the flu.  I’ve not had it in years and years so I guess it was my turn.  It knocked me on my bum to say the least.  I was home yesterday all day and did nothing more than sleep and watch tv.  I felt like a slug and the thought of food was awful.  Apples were okay, the tang of them was good and didn’t seem to set off my stomach.

Ken’s ring bologna for supper did not sit well.  I can’t eat it because it has too much fat in it so even if I hadn’t been sick I wouldn’t have eaten it but the smell of it was at the same time tantalizing and nauseating.

Yesterday I managed an apple or maybe two, crackers, a popsicle and water.  Today I feel less tired and more human.  I managed to get up and showered but after that I was wiped out.  I feel like I ran a marathon.  At some point I suppose I have to think about food.  Ken will be home in a couple house so if nothing else, I will wait for him.  I’m not in any hurry to upset the calm that has finally returned.

Tomorrow I go back to work barring any relapses.  I realized last night I missed a meeting yesterday that was important so it will be interesting to find out the result of it or if they opted to reschedule.  Mostly I just want a nap.  I might have to take one.

Today has been a DAY and a half…

It really started last night.  The weather is getting ready to change.  I know – not because I watch the weather – because every joint in my body hurts.  When I finally got to bed, I couldn’t sleep.  It was a combination of too much pain and too much on my mind.

This morning I woke up from a fitful night’s sleep to have hands that wouldn’t close and pain everywhere.  Standing under the hot shower chased away some of the aches.

Work was CRAZY.  I would start to work on something only to be interrupted by several things – urgent emails, phones ringing, students, faculty, other people, and all sorts of issues to resolve.

I’m only six months into my job so I’m still at the “I don’t know but I’ll find out” stage.  Most people are understanding but it means I have to figure out who to ask and then wait for them to answer.  I have to say though that I’ve been getting some wonderful support from those I ask.  People have just been super nice to me.

On a side note – I found out yesterday that I am off probation and now considered a permanent employee!!!!  This is a relief in these difficult and uncertain times.  I feel slightly more secure about my job being there every day now.

By the time I left work, I was ready to come home and curl up.  Instead I’ve got a sick husband and daughter so I have to cook supper.  I looked at my refrigerator and freezer and said… hmmm hash.. I chopped up a half of an onion that was in my fridge, left over ham, and hashbrowns.  When it was done we topped it with some cheddar cheese and called it supper.

Finally I got to sit down to relax.  I’ve been a bum tonight.  Sat at my computer playing different word games I downloaded.  Some were fun, some not.  Overall, I’m glad today is done and I can go to bed soon…